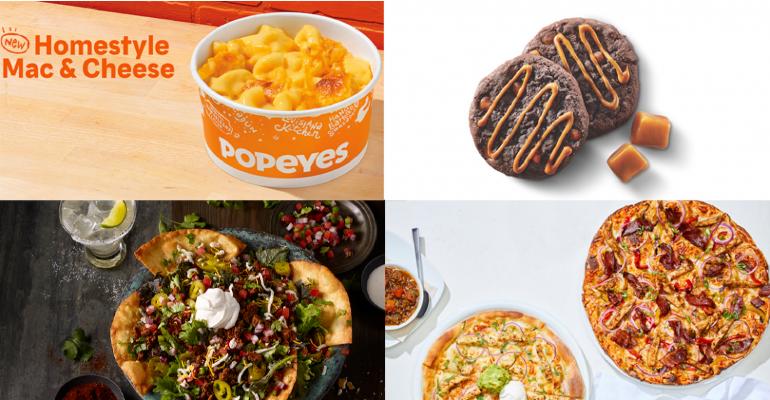 Subway is continuing its “Eat Fresh Refresh” menu innovations with new subs and an upgraded roast beef sandwich, plus a seasonal cookie.

California Pizza Kitchen is bringing back its Santa Fe Chicken Pizza and Roy Rogers is resurrecting its cheesesteak, while Applebee’s is taking a page from its Cosmic Wings virtual brand and selling chicken coated in Cheetos dust.

Taco Cabana has burritos smothered in queso, but only for Thanksgiving weekend. Del Taco is bringing back its seasonal tamales, probably for the rest of the year.

Black Tap has a whole new cocktail program, as well as a bunch of seasonal items, and Lion’s Choice has roast beef and turkey platters, among other specials.

Chick N Max has introduced its first sandwich that allows guests to have it with either grilled or fried chicken, and Toppers Pizza has a seasonal dessert.

Studio Movie Grill had a competition among its culinary team, and the winning items now have a permanent place on the menu.

You can get butternut squash ravioli cooked in brown butter with sage at Dave & Buster’s of all places.

Popeyes has a new baked mac & cheese, Auntie Anne’s has pretzel bites in powdered sugar, Chopt has salads with Cholula products on them and Wayback Burgers has spicy burgers and fries and a brownie milkshake