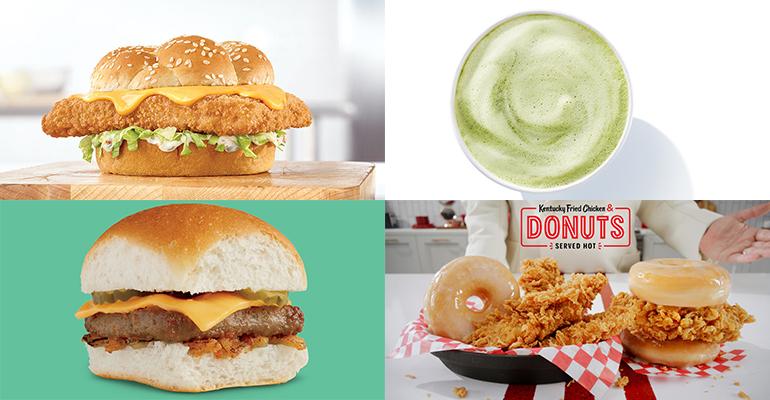 Lent starts on Wednesday, so new seafood sandwiches are in offing from Arby’s, Church’s Chicken and Freddy’s. Grumpy’s Restaurants, meanwhile, is focusing on Mardi Gras with a king cake waffle.

Jack in the Box has introduced stuffed breakfast croissants for $1, and Uno’s is jumping on the zoodles bandwagon with one vegetarian option, and one zoodle dish topped with Lent-friendly shrimp.