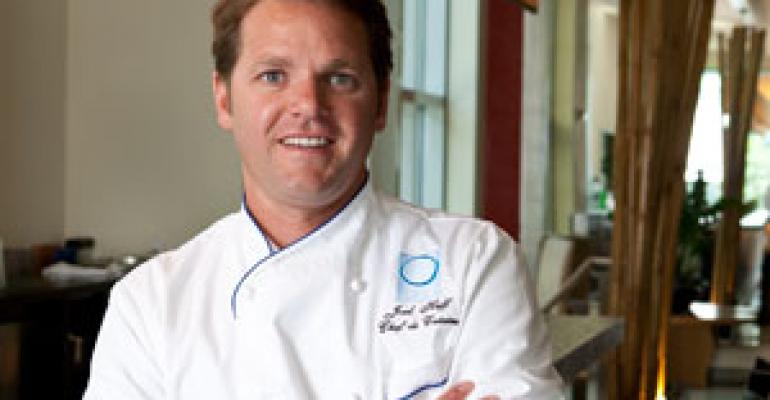 A look at recent job changes from chefs across the nation:

Joel Huff has returned to the Mandarin Oriental group, this time as chef de cuisine at Azul in Miami. The former chef de cuisine of Silks at the Mandarin Oriental in San Francisco most recently worked at the Tydes Restaurant and Coral Café in Santa Barbara, Calif. Before that he was chef de cuisine at Saam at The Bazaar by José Andrés in Beverly Hills, Calif., following a stint at Andrés’ Minibar in Washington, D.C. Huff also has worked at the Stonehouse at the San Ysidro Ranch in Santa Barbara and at L’Orangerie in Los Angeles under Ludovic Lefebvre.

Jason Maddens was promoted from his position as sous chef of Michel at the Ritz-Carlton, Tysons Corner, in McLean, Va., to executive chef of Central Michel Richard in Washington, D.C. “Jason is a wonderful young chef, with good experience in high volume restaurants,” said chef-restaurateur Michel Richard. “We have been working together for several months, and I am glad to have him join us at Central.” Maddens graduated from L’Academie de Cuisine in Gaithersburg, Md., and has spent time cooking in northern Florida as well as the Washington metropolitan area.

Bill Starbuck, who spent the last 23 years as corporate executive chef of Along Came Mary Productions in Los Angeles, was named corporate executive chef of Lucky Strike Lanes, which is based in Los Angeles and has 21 locations across the country. Starbuck worked to develop the bowling lane chain’s menu in 2002 and also has catered every Lucky Strike opening. Menu items include a grilled apple and Brie quesadilla, chicken confit turnovers, and butter lettuce and candied lemon salad.

Pastry chef Mallory Staley has left New York City after eight years and is the new pastry chef at 1789 Restaurant in Washington, D.C. Most recently pastry chef of The Oak Room in New York, Staley also worked at Lever House and Hearth, also in New York. Staley began her culinary career as pastry chef of the Turning Point Inn in her hometown of Frederick, Md., and then worked as pastry chef of The Stone Manor Inn in nearby Middletown, Md., before moving to New York to study at The French Culinary Institute.

Ben Nathan, former executive chef of The Belmont in Austin, Texas, has taken up that position of Chez Zee American Bistro, also in Austin. The Boston native attended the New England Culinary Institute and worked in restaurants in New York and Boston before moving to Austin in 2005 to join the teaching staff of the Texas Culinary Academy.