Flavor of the Week: Cajeta is caramel with a twist 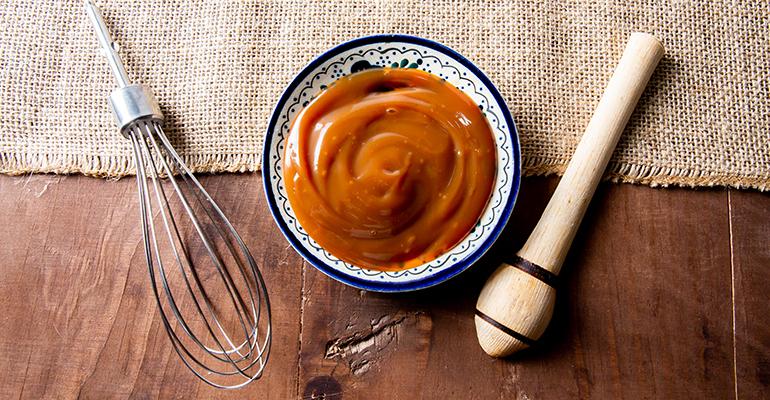 This confection hails from Mexico and is made with sweetened goat’s milk, which is cooked down, sometimes with cinnamon or vanilla, or both, into a tangy caramel. It can be served over ice cream topping, made into candy, or used in any application in which other types of caramel would be used.

Cajeta is found on 1% of menus in the United States and has seen a growth of 18% over the past four years according to menu research firm Datassential. About 19% of the population has heard of it and 11% have tried it. It is considered a premium ingredient.

Mostly seen on menus at casual and fine-dining restaurants, cajeta has the highest awareness with Hispanic consumers, according to Datassential.