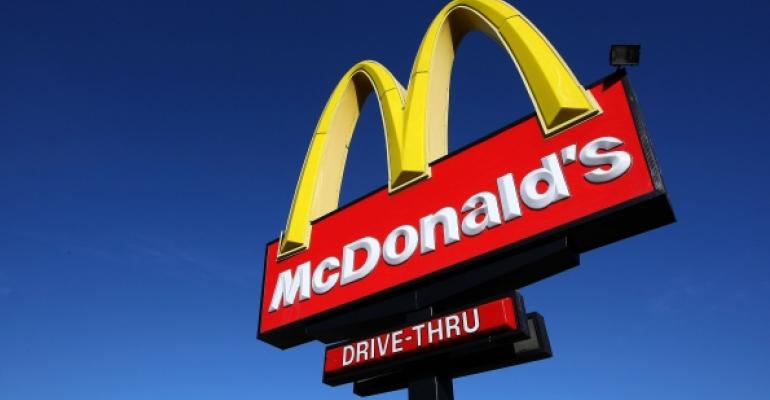 McDonald’s Corp. is developing a loyalty program in the U.S., building upon the chain’s new smartphone app, that could be in place late this year or early next year, company executives said Wednesday

“We’re working on a customer-designed loyalty program that we think will be as good as there is out there in the marketplace,” Andres said.

McDonald’s released its app last year, which in many markets has a beverage loyalty offer that gives customers a free McCafé beverage after they’ve purchased five. The app has been downloaded 7.5 million times, Andres said, exceeding the company’s expectations.

Yet Andres said that McDonald’s new loyalty program would be “more robust,” and would be linked to consumer purchases, based perhaps on the number of visits customers make to the chain’s restaurants every month. Customers would likely have a limited time to take advantage of whatever deals the company offers through the program.

Such a move would be consistent with McDonald’s oft-stated belief in recent months that it needs to use technology to communicate more directly with customers.

Andres noted, for instance, that a loyalty program could entice customers to come in after they’ve been absent for a while. McDonald’s could use information it has on those customers’ buying habits to do the convincing.

“If we see a thawing off, we can entice them with their favorite products to come to the restaurant,” he said. “That’s the future of customer relationship management. We think it can be a significant sales layer for us.”

McDonald’s has been frequently criticized for its slow movement when it comes to customer-facing technology. But the company has been focused on turning that around by increasing the size of its digital team and adding Google executive Margo Georgiadis to its board of directors.

A loyalty app is considered key in large part because of McDonald’s heavy breakfast daypart, where most of its limited-service competitors like Starbucks and Dunkin’ Donuts have their own loyalty programs.

“We know we have a lot of opportunity to improve that,” Andres said.

The question-and-answer session at the UBS conference highlighted several issues. Here are some more comments from Andres and McDonald’s CFO Kevin Ozan:

No product is safe from improvement. Andres said that the biggest opportunity for McDonald’s isn’t in new products, but rather in improvements to existing products.

He noted that before all-day breakfast, sales of its Egg McMuffin sandwiches were up 28 percent after the company switched to its original English muffin and added real butter. Meanwhile, sales of its Buttermilk Crispy Chicken increased 80 percent.

While product news is “essential,” Andres said that, “execution of the core menu is first and foremost.”

When asked whether any of the chain’s core products would be off limits to improvements, he said, “We’re working on every item on our core menu.”

Value is vital. Andres said that value remains an important component of McDonald’s turnaround, but it still isn’t certain what the company’s value platform will ultimately look like.

The chain introduced a 2-for-$2 McPick menu at the start of the year, and more recently shifted to a 2-for-$5 menu with all premium products. Once that offer ends, the company and its operators will analyze the results from those and a few other tests, and determine the framework of a value platform.

“We’ve never had a turnaround that didn’t have value as a critical component,” Andres said. “We will have a national value platform that will generate incremental guest counts.”

The boards give the restaurants a lot more flexibility. For instance, Andres said, a restaurant with heavy mid-afternoon traffic could put items directed at that group on its board during that time of day.

The menu boards have been used in Canada to great effect, driving in-store sales more than 3 percent. “We expect the same impact once they’re fully deployed in the U.S.,” he said, noting that the boards will in place nationwide by November.

Stock split? Ozan said that McDonald’s could consider a stock split as a way to generate interest from retail investors, who are big investors in the chain and who are more concerned about per-share price than, say, institutional investors.

He said the company’s board periodically looks at the possibility of a split.

“Conceptually, you’re not creating economic value,” Ozan said. “But the messaging is there’s confidence from management, and it gets a positive reaction from retail investors. They are important investors to us.”