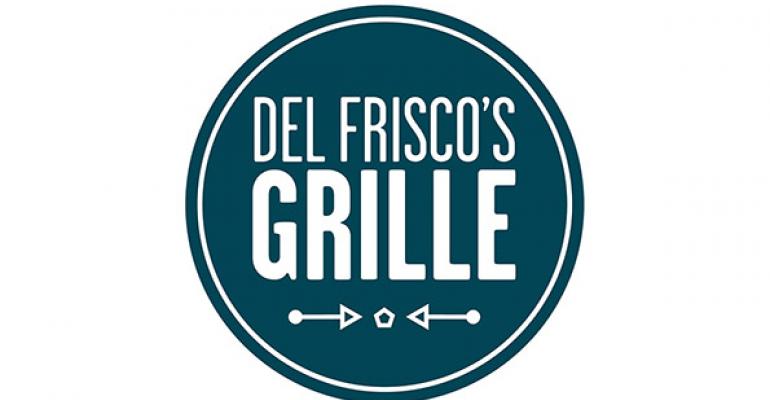 Executives provided a topline look at the results of that consultants’ work Friday during a second-quarter earnings call.

“We will be using this information to enhance our media buys in the fourth quarter as well as inform our future real estate decisions,” Brandon Coleman III, Del Frisco’s chief marketing officer, told analysts.

“The quantitative research also determined that the Grille indexes highly on date nights, special occasions, planned nights out and happy hours,” Coleman said. “These social occasions have a distinct decision making process which we have mapped against our customer journey. In the fourth quarter, we will be using digital marketing to more effectively target our core customers when the Grille is most relevant to their decision-making process.”

—What is the most effective way to improve the Grille’s value proposition and expand its footprint?

So-called “Social Scenesters,” or those who view going out with friends as a major part of their social life and actively seek a lively atmosphere, made up the Grille’s largest customer segment at 29 percent, he said.

“Experienced Spenders,” or those who seek restaurants with a high level of service and attention to detail with little concern for price, make up 25 percent, Coleman said.

“Our core customers identified menu innovation as an opportunity for the brand,” Coleman added.  To address this challenge, we have established an innovation pipeline and new testing process. Currently, we have four new items and six product upgrades that are being run through this process for a nationwide launch in the fourth quarter.”

Norman Abdallah, Del Frisco’s CEO, said the new menu items have been rolled out in four test restaurants and had seen “very good results.” He added that they appear to “really connect with the Social Scenesters and the Experienced Spenders.”

Based on the research, Coleman said the company believes the Grill can grow same-store sales at the Grill about 20 percent over the next five years with the suggested refocusing.

The company has diverted marketing dollars that had been slotted for the first three quarters into the fourth quarter to support an expanded media campaign.

“Our working dollars are now over 65 percent digital making the importance of converting online users into reservations paramount,” he said.

For the second quarter ended June 13, Del Frisco’s reported net income of $2.1 million or 9 cents per share, down from $4.4 million, or 19 cents per share, in the same period a year ago. Revenue was up 3 percent to $82.3 million for the quarter, compared to $79.9 million in prior-year period.

As of June 13, Del Frisco’s Restaurant Group owned and operated 52 restaurants, including 23 Grilles, 16 Sullivan’s and 13 Del Frisco’s Double Eagle units, in 23 states and the District of Columbia.