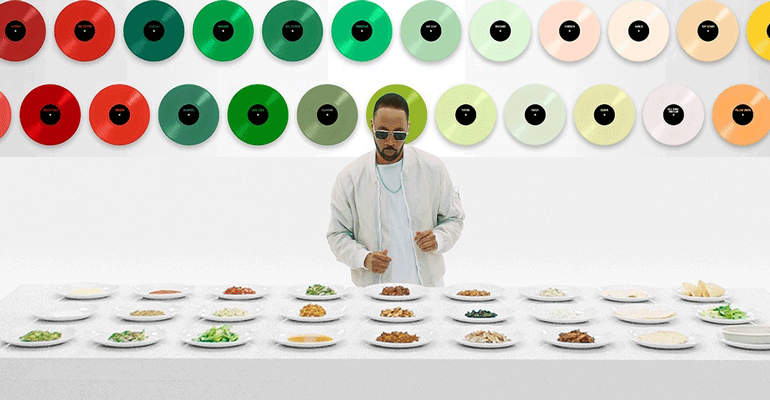 Chipotle Mexican Grill Inc. is working to get customers to return who had abandoned the chain after a series of foodborne illness outbreaks in 2016 — by hiring the music producer for the Wu Tang Clan.

The Denver-based burrito chain on Wednesday launched Savor.Wavs along with the producer RZA. The website connects instruments with each of Chipotle’s 51 ingredients to enable users to create music that is then paired with visuals to produce a unique video they can share.

Customers who use the site and create a video then get a buy-one, get-one burrito coupon via text.

“Savor.wavs supports our commitment to using only real ingredients in our food, without any colors, flavors or industrial additives,” Mark Crumpacker, chief marketing and development officer for Chipotle, said in a statement. “As a parallel to the way we cook, RZA used only natural instruments and composed them such that each unique combination works beautifully together.”

The site came a day after investors hammered Chipotle stock over reports that the chain closed a location in Virginia after several people were sickened there with symptoms “consistent with norovirus.”

The incident reminded customers of a series of foodborne illness outbreaks in 2015 that sent Chipotle’s stock price plunging along with its sales — unit volumes fell 23 percent in 2016.

The company has been working feverishly to get customers to return to the chain. It is testing several new items, including queso. It is working on new technology initiatives and it started its first ever national television ad campaign.

Chipotle has also continued to find innovative ways to advertise over digital channels — such as its launch of a “real ingredient” game last year. Savor.wavs is a continuation of that strategy.

“I’ve always believed food, like music, has the power to change our day or even shape our world,” RZA said in a statement. “Savor.wavs continues to challenge us in how we think about food, what’s real and what’s responsible.”