Chick-fil-A
A still image from the ad spot featuring "Together Time".
Marketing

The quick service brand has released an animated video short and a line of free customizable cards, and opened an NYC pop-up

Chick-fil-A has revealed their holiday season marketing campaign. After pivoting its charitable giving policy, the quick service chicken chain has decided to focus on family for the holidays with a 2-minute ad spot and free greeting cards made on a website.

The brand’s holiday campaign this year revolves around spending time together during the holidays and giving the gift of time. The marketing campaign is a video detailing the trials and tribulations of modern life that restrict time together and the goal to reclaim that time.

In the video produced by Chick-fil-A, which has over 2,500 restaurants, a little girl is asking each member of her family to spend time with her. She begs her parents, who are both too busy on technology. She then turns to her brother who is also too preoccupied to play with his little sister. 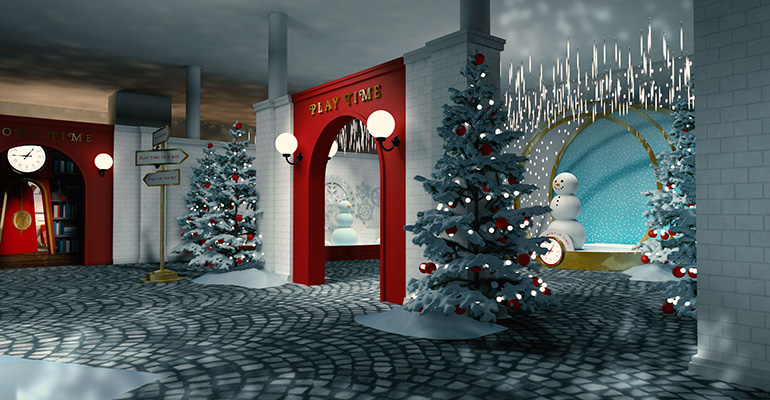 A rendering of the Time Shop that will pop up in New York City and appears in the animated video for Chick-fil-A.

She then looks at the grandfather clock, disappointed, only to see two cats leading her into the clock. She climbs through and discovers a snowy landscape where “The Time Shop” stands, giving her the gift of more time.

According to a survey conducted by Chick-fil-A and The Bantam Group, 73% of respondents wanted to spend more time with people they care about.

“…at Chick-fil-A, we’re always thinking about time, and work hard to give customers time back in how we serve them. This year we’re excited to help people gift and spend time together,” said Ashley Callahan, Chick-fil-A’s senior marketing director, in a press release.

The animated promotion will premiere during the live broadcast of the Macy’s Thanksgiving Day Parade on November 28 and continue to air in select regions throughout December. 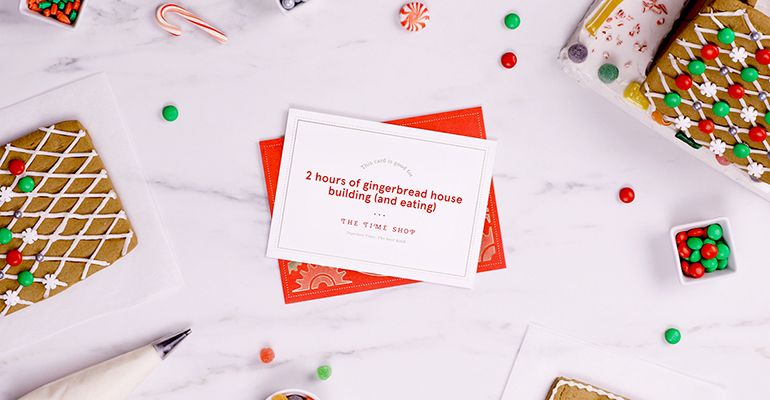 The gift of time greeting card, a sample of the cards available to customize from the brand.

As part of the holiday campaign, the company has also created a website where customers can send holiday cards. Using the website, customers can create and customize a free card that the Atlanta-based chain will then print and send to the addressed recipient.

Additionally, the quick service chicken chain will open a pop-up shop in New York City Dec. 4-17 that will bring the film to life and celebrate three ways to spend time together: Story Time, Play Time and Snack Time.

The shop will also have a “Giving Time” room where visitors can create the same customizable cards as on the website.

The entire pop-up is free and closed on Sundays during the two-week span.