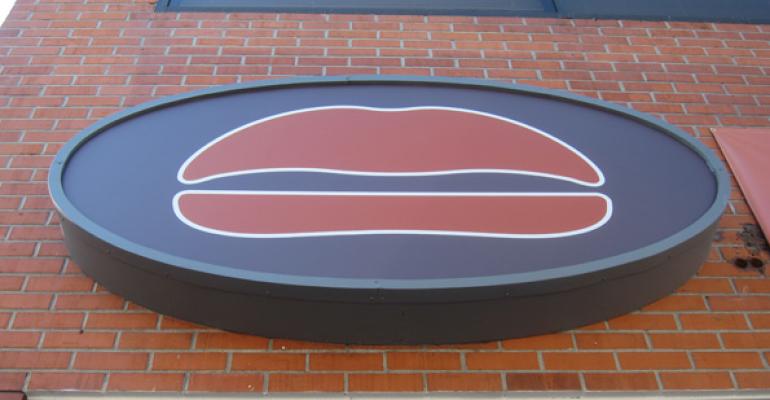 Umami Burger to open in Miami

The casual-dining Umami Burger chain’s first step outside California will likely be an outpost in Miami, and a new fast-casual variant called U Mini is also being tested in Los Angeles.

The Los Angeles-based better burger chain said this week that Umami SOBE, or South Beach, is scheduled to open in the spring of 2013 — before the Umami Burger location planned for New York City, which was announced earlier this year.

A look inside U Mini

Meanwhile, the Los Angeles-based company earlier this month opened U Mini, a streamlined test lab location offering a limited menu of burgers, fresh-cut fries and two flavors of shakes: salted caramel and milk chocolate. The 1,200-square foot location is in the Westwood Village neighborhood, near the campus of UCLA.

At U Mini, guests order on an iPad system, or they can use a custom smartphone app to order and pay. The burgers, featuring five-ounce patties, are a bit smaller than at the sister brand. But, like Umami Burger, the meat is ground fresh, and many condiments and other ingredients are made in house.

Adam Fleischman, Umami Burger’s founder, said the fast-casual variant will probably not be called U Mini, though the name is yet to be determined.

Growth for the concept is already in the works, however, and the company is looking at stadiums and other locations that work for the limited-service version of the brand, said Fleischman, who was interviewed by Nation’s Restaurant News while he was on a cliff-diving outing off the coast of Maui with the Umami Burger team. 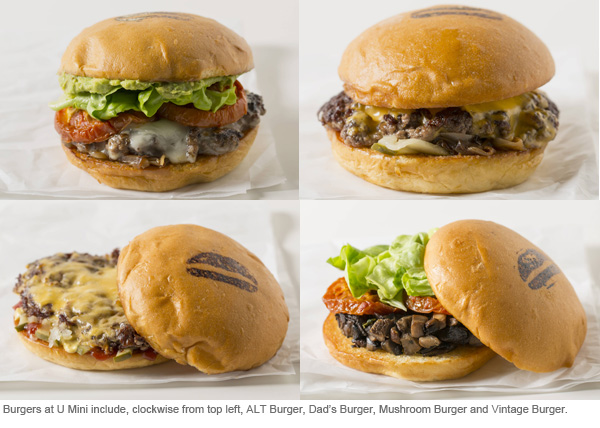 Next year will bring much growth for the better burger brand, with Miami and New York among 12 full-service restaurants scheduled to open, including more in Northern California.

The company also plans to announce its first international push, though Fleischman said it’s not clear where the first non-U.S. Umami Burger will open. The Middle East, Asia and Europe are all under consideration, and both the full-service and the limited-service concepts will go global.

Founded in Los Angeles in 2009, Umami Burger has grown to 14 locations in Southern California and San Francisco.