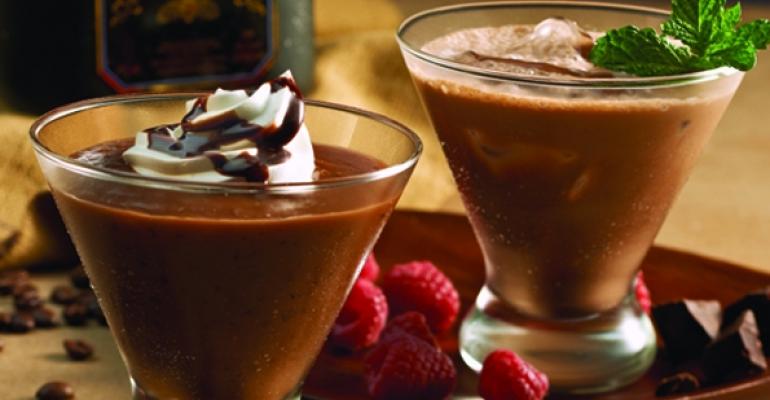 Consumers say they&#39;re purchasing beverages based on value and quality, according to new research.

Consumers say they're purchasing beverages based on value and quality, according to the research. They opt for beverages they believe are worth the extra cost, are refreshing, have better flavors, offer more health benefits, and provide a means for socializing and relaxing.

“In most cases, consumers like both the familiar and something new. Both interests have brought about a change in the mix of beverages consumed at commercial foodservice," said Bonnie Riggs, restaurant industry analyst, NPD Group. "The beverages growing in popularity provide restaurant consumers with what they’re looking for in terms of flavors, taste, thirst quenching, price, and less calories.”

Take a look at the top five growth beverages and how top restaurant brands are using them to drive sales.

While once only a warm-weather beverage, iced coffee has proven its popularity across the seasons and tops the list of growth beverages along with its frozen and slushy counterparts.

Dunkin’ Donuts found in a survey last winter that more Americans were drinking the chilled drink in the colder months. Among the winter releases was 16-unit Uncle Julio’s Fine Mexican Food's line of iced coffee cocktails made with a tequila-based liqueur. More recently, Dunkin' Donuts put a new twist on the beverage with a Black Cocoa Creme Iced Coffee that premiered with its recent “Men In Black 3” movie promotion.

Iced coffee's frozen and slushy counterparts also maintain popularity. Since the rise of Starbucks Coffee’s Frappuccino, other chains have rolled out their own lines of blended coffee drinks, such as McDonald's Frappé line that joined the popular McCafé menu in 2009.

This blended, fruit-based drink is the No. 2 growth beverage at restaurants.

For the first time, Burger King debuted smoothies with the recent rollout of a new menu. Einstein Bros. played on consumer perception of smoothies as healthful when it incorporated them into its updated Smart Choices menu, which features 14 items under 350 calories each.

Smoothies are the bread and butter of Smoothie King’s menu, and it too touted healthfulness when it launched its “We power mornings” campaign, which highlighted its smoothies.

Starbucks Coffee this winter attributed increased sales in the Americas to its holiday drink offerings, which included a gingerbread latte. The coffeehouse chain is also catering to customers who use its at-home brewing systems by selling single-cup espresso pods.

As consumers shy away from soda and temperatures rise, they're cooling off with iced tea, the fourth-ranking growth beverage.

Restaurant brands of all varieties are taking advantage of the beverage’s growing appeal, including Caribou Coffee, which recently rolled out a summertime beverage program that includes several carbonated teas.

Dunkin’ Donuts also noted that consumer interest in the drink is paying off in the long run, citing the introduction of its frozen iced tea last year as a driver of third-quarter sales growth. And Jamba Juice continues to explore the potential of Talbott Teas, which it purchased earlier this year.

Chains such as Sonic have offered a large line of slushes for some time, and as the fifth most popular growth beverage at restaurants, these frozen soft drinks are continuing to resonate with consumers. With summer on the horizon, other restaurants are also adding the cool treats to their menus.

McDonald's recently debuted the Cherry Berry Chiller and reintroduced its Frozen Strawberry Lemonade for its limited-time Flavors of Summer lineup. Fazoli’s also recently beefed up its frozen beverage offerings with the introduction of wildberry and peach flavors to its signature line of frozen Lemon Ice drinks.