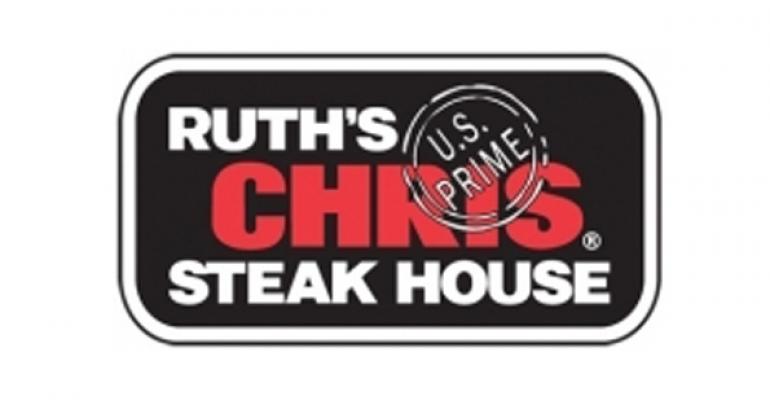 Winter Park, Fla.-based Ruth’s Hospitality Group Inc. on Tuesday reported net income of $802,000, or 2 cents per share, for the quarter ended Sept. 23, compared with $797,000 and zero cents per share in the same period last year. Revenues in the quarter were $84.8 million, a 5.7-percent increase from $80.2 million in the prior-year period.

Growth in the “Sizzle, Swizzle and Swirl” happy hour program, which was introduced late in the first quarter and features menu and drink items for $7 each, was one of the factors that contributed to the results, O’Donnell said in a conference call with analysts. That program “does not compete with our dining room sales,” O’Donnell said. “This offering not only gives us an opportunity to drive incremental sales at the traditional happy hour but turns many first-time guests into Ruth’s Chris regulars.”

The happy hour program is offered in about two-thirds of company-owned restaurants and a third of the franchised locations, according to O’Donnell.

The company has also partnered with Marie Claire magazine to sponsor a speaker series in the restaurants on women and entrepreneurship, which O’Donnell said would continue.

Arne Haak, Ruth Hospitality’s executive vice president and chief financial officer, said, “For the fourth quarter, our menus currently reflect an approximately 2.4-percent price increase. With the current economic backdrop, it is still our strategy to focus on growing sales through traffic gains and maintaining our value orientation.”

As for private dining, O’Donnell said those sales were flat in the third quarter, but he had opened for the holiday season. “We believe private dining will rebound in the fourth quarter and are very encouraged by our early holiday bookings,” he said.

Beef costs in the third quarter rose about 14 percent over the same period last year, Haak said, but fell slightly from the 19-percent increase in the second quarter. “For the fourth quarter, thing’s look pretty consistent with what we’ve seen,” he told analysts.

This year, the company has opened new Ruth’s Chris Steak Houses, including the most recent in Cincinnati on Oct. 15.

Earlier in the year, it had opened a unit in the Harrah’s casino in Cherokee, N.C., as well as international units in Dubai (the second for that United Arab Emirates location), El Salvador and Singapore. For 2013, the company plans to open a new company-owned restaurant in Denver, a relocated location in Houston, and a licensed location at the Harrah’s casino in Las Vegas. Between four and five franchised locations are expected to open in 2013 as well.