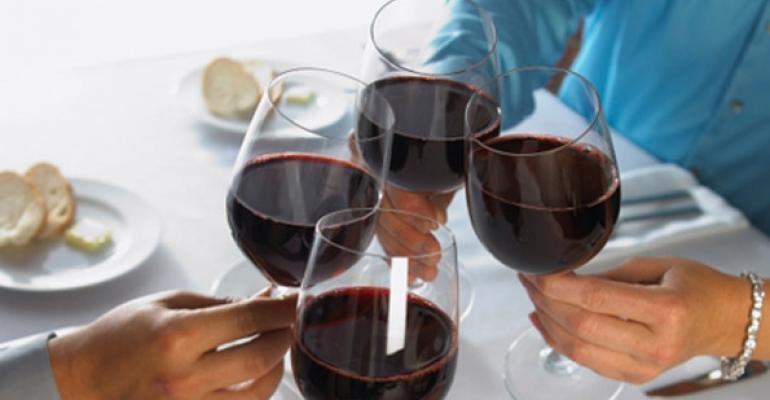 Malbec, Spanish varietals, sparkling wines and Pinot Noir all are growing in popularity, while Chardonnay consumption is down, according to a survey of wine experts commissioned by Napa Technology, a designer and manufacturer of wine preservation equipment.

Forty percent of the 90 respondents in the February 2013 survey of sommeliers, wine directors, restaurant and hotel operators, wine producers, media, analysts and wine buyers said that Chardonnay is on the decline. Interviews with the respondents indicated that part of the decline in Chardonnay was due to diners’ penchant for experimenting, particularly with Spanish varietals such as Albariño and Torrontes.

But the big gainer appears to be Malbec, which 58.9 percent of respondents said was growing in popularity. Malbec — a French grape that is being used to make a lot of wine in Argentina — is now offered at casual-dining chains such as 23-unit Kona Grill, based in Scottsdale, Ariz., and 96-unit Old Chicago, based in Louisville, Colo.

Respondents also reported offering more sparkling wine. More than a third of those surveyed, 37 percent, said sparklers, including Brachetto, Cava and Prosecco, as well as Champagne, are increasing in popularity.

In addition, more than 80 percent of respondents said they were increasing their wine-by-the-glass programs, generally by adding between three and five more offerings.

The survey found that while Millennials are driving a lot of those wine trends, Baby Boomers remain the largest wine market. “Our analysis is that although Millennials may be driving the exploration of new varietals, they most likely are spending less per glass than their more economically stable Boomer counterparts,” Napa Technology reported, adding that Millennials’ individualism, adventuresome palates and “economic restraints” were important factors in their choice of wine.

Those surveyed noted that attention to value, more wines by the glass and more varietals were top tactics for attracting Baby Boomers.