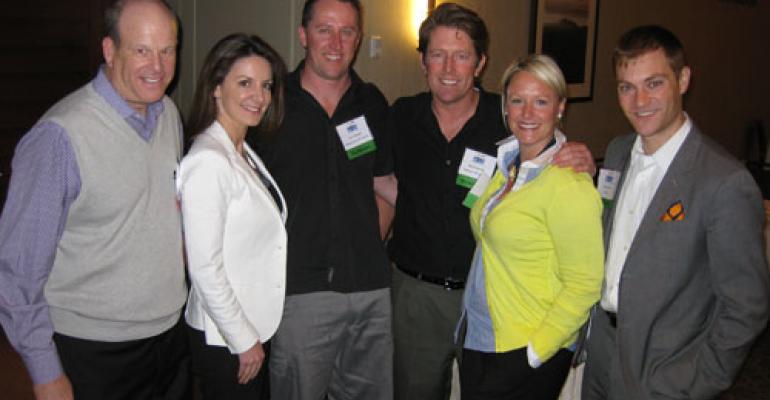 Panel: Relationships remain at the heart of the restaurant industry

Relationship building remains a basic component of the restaurant industry, both within the business and with the customers, according to panelists at a recent BizMix gathering in Dallas.

“The one thing technology will never replace is the human element and the desire to touch,” said Alice Elliot, founder and chief executive of The Elliot Group.

However, Kat Cole, president of the 800-unit Cinnabon chain, noted that social media and technology should play a role in that relationship building, a challenge for many operators.

“People are really struggling to keep up with the pace of the change [in technology and social media],” Cole said during the gathering. “They aren’t bringing on consultants or talent that have the capacity, the brain, the bandwidth to stomach all of the change that is going on while still holding on to the timeless classics of relationship-building and connecting with people.”

Cole added that adaption of technology and social media “has to be woven through the fabric of how the entire business runs. Everyone has to think that way.”

All divisions in a restaurant company need “to learn how to communicate and leverage technology and research and crowd-source,” she said.

- Be aware of the competition. Nicole Miller Regan, managing director and senior restaurant/retail analyst at Piper Jaffray, suggested: “Take three or four or five hours max each quarter at the end of your day and tune into your competitors’ [earnings] conference calls. Think of your peer set, who is public and for an hour you can hear dialogue on the current trends, what’s working and what’s not working. That’s free information.”

- And look to them for good ideas. Jon Schlegel, owner of the four-unit Denver-based Snooze, an AM Eatery, said, “When you are in the restaurant business, you are in the people business,” he said. Competition such as food trucks are “pushing me to be a better operator,” he said.

- Be relevant. Rolf Gehrung, regional vice president for Fishbowl Marketing: “No matter what’s going on in the [marketing] channel – social media, coupon, email, or SMS – when you are a marketer you have to act at the consumer. … People don’t mind being marketed to as long as it’s something they are interested in, so make it relevant.”

- Look for new tools. Noah Glass, founder and chief executive of OLO Online Ordering, said, “When I travel around and talk to different executives about social-media, it feels like everyone has heard about a million times. … We’re trying to simplify a very, very complex world of social-media for people who maybe don’t naturally understand what it’s all about. [We] try to make it relevant for growing sales, bringing customers back, increasing the average ticket size and ultimately driving new customers into the business. … These are really new tools that businesses have to drive sales.”

- But don’t abandon old-school practices. Miller Regan, who doesn’t have Facebook, MySpace or other social-media networking accounts, said she still picks up a pen and paper and writes thank you notes when business associates do something special.

“Build relationships where you can add value,” she told the young professionals. “Nothing will serve you more in your growth. Nothing. No book. No school. No job. No title.”