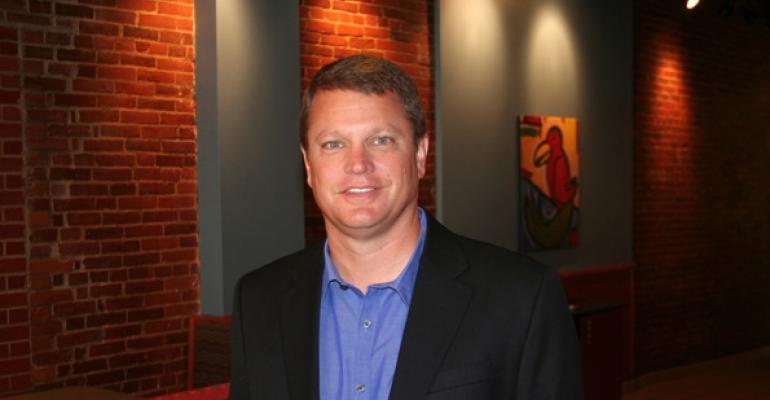 The fast-casual brand is looking to expand above 60 restaurants with new franchise growth.

Since its founding 20 years ago, fast-casual chain Pancheros Mexican Grill has tried to distinguish itself with the quick pace at which it makes its signature burritos. But that need for speed would not translate into the Coralville, Iowa-based brand's rate of growth

Founder and president Rodney Anderson said he has been cautious about growing the chain too big, too fast. But Pancheros and its franchisees feel ready to hit the ground running in 2013, now that some of the uncertainties of 2012 have dissipated and that operators and developers all seem eager to resume growth.

The chain currently has more than 50 restaurants, primarily in the Midwest, but will aim to push that number above 60 this year with new franchise growth, including its first locations in California, Nevada and Oregon, Anderson said. He added that Pancheros will build out core markets like Iowa and Wisconsin and start adding locations in further markets like Connecticut, New Jersey and Pennsylvania.

No matter the market, Anderson said, guests expect their fast-casual restaurant experience to have higher-end food, modern décor and, above all, the same speed of service they could get at any quick-service competitor.

“We have an interesting background based on speed and growth in college towns by being open late at night,” Anderson said. “The faster you could move those customers through the line, even late at night, the more business you did. We applied that mindset to lunch traffic and realized that what the customer demands most in fast casual is that throughput.”

What is on your radar concerning expansion in 2013?

When you talk about us or the industry as a whole, a lot of the growth really will depend on what real estate is available. We came through the recession, we’ve had the election where people were waiting that out, and we’ve had the fiscal-cliff talk. Some of our developers are finally going forward, but some others on the real estate end are still waiting. The recession slowed that and their financing down quite a bit, and you still have retailers on a national basis needing to pull the trigger.

The biggest challenge for us is finding the right sites, but we’re ready to go. A lot of our operators are interested in developing, so I don’t think things should be held up too much. There are food cost concerns and Obamacare concerns, but there’s a lot of pent-up cash and desire to grow.

Sticking with what works

Some chains have taken to nontraditional locations to find the right sites. Is that something Pancheros is exploring?

We’re going to stay very basic in what we do, because we believe the business isn’t really going to change. We don’t believe in going into travel centers or C-stores, so we haven’t modified our footprint. We’ll still need 2,000 to 2,400 square feet and 20 or so tables, and it becomes a problem in the long run if you move away from end-cap locations and get a lot smaller. That hurts your sales, if you move to carryout-only instead of true fast casual.

So what have you refined within your four walls?

We’ve worked on our marinades and salsas, but you haven’t seen big, sweeping changes. We can really improve upon the flavor profiles and the consistency in our stores and save money at the same time. That’s been really positive, especially as you look at drought-related price increases in 2013. We’ve got ways we can handle things, but we haven’t hedged [commodity purchases]. We’ve got some adjustments in mind if we need them.

Our focus is always on the long run and doing what is best for the consumer and the business overall. We think we’re pretty close to that, and at times it’s hard to do things any better, even if we might have temporary cost increases.

Did the recession and the following slow recovery prompt Pancheros to make any changes, or was it all a matter of executing to manage through the downturn?

We always work on what we can do for throughput and speed of service, and we haven’t been trying to revolutionize things because of the recession or some other issue. When we ran into the recession — I think it’s been five years since we started mixing up the burrito [ingredients] before wrapping them up. That really started making an impact well into 2008, and as others saw warning signs, we saw solid sales growth, because that tactic makes for a fantastic burrito. It seems relatively simple, but to keep that up with our speed and sanitation standards, it took a lot of work.