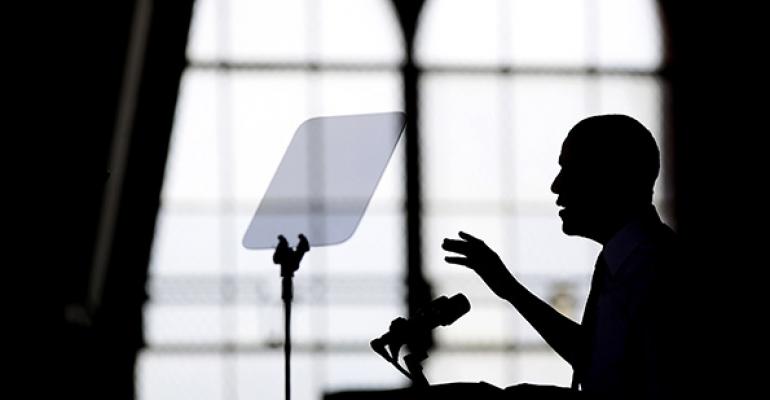 More states and municipalities this month joined the wave of governments mandating higher minimum wages for hourly workers, and the efforts are likely to continue.

The two votes were the latest in a long string of local governments raising the minimum since Seattle voted last August for a phased-in $15-an-hour wage.

More than 30 states already had voted to raise minimum wages above the $7.25-an-hour federal level, and efforts were spreading, fueled by worker groups’ “Fight For $15” efforts.

At a post-vote rally last Wednesday in Manhattan, New York Gov. Andrew Cuomo told workers and supporters: “This statement today is going to radiate all across the country.”

Industry leaders were quick to condemn the measure. Melissa Fleischut, CEO of the New York State Restaurant Association, said it was “an extremist policy that will force business owners in this low-profit-margin industry to cut hours, lay off employees and use technology to help offset skyrocketing labor costs.”

But outside analysts were less alarmed as they saw a growing number of municipalities enact higher minimum wages.

Darren Tristano, executive vice president of the Chicago-based analytics firm Technomic Inc., said in an interview Monday: “When we look at restaurant industry and wages, the image is not as strong as it could be. The younger generation views working at restaurants, and particularly the fast-food restaurants, as the job to do when you can’t find a different job.”

Tristano said the higher minimum wages would like improve the industry’s image, as Technomic studies have found that 61 percent of Millennial customers cite treating employees well as the influencer in foodservice location decisions.

“In the short term, it is certainly going to create some issues,” Tristano said, “But over the long term, investing in your people is probably the best way you can spend money if you expect hard efforts in return.”

But at least one CEO of a limited-service brand, Nigel Travis of Dunkin’ Brands Group Inc., has criticized the minimum-wage increases, especially in the case of New York.

The state’s governor-mandated wage board voted to recommend a phased-in increase of the minimum wage to $15 per hour at limited-service restaurants with more than 30 units by 2018 in New York City, and by 2021 for the rest of the state. The three-member wage panel will make its recommendation to the state labor commissioner after a 15-day comment period.

The wage board’s resolutions defined “fast food” restaurants as those where customers order and pay before dining, that offer limited service and are part of chain or franchise with 30 or more outlets nationally.

Travis said the three-member board denied franchise operators were “the chance to fairly express their concerns so the state could make an informed decision on this topic.”

Travis said he was confident Dunkin’ and Baskin Robbins margins would allow franchise operators to weather minimum wage increases. But he said many competitors “won’t be able to survive.”

Moving to the municipal level

Moody’s Investor Services, in a June report authored by William Fahy, a vice president and senior credit officer, noted that “a higher minimum wage could erode profit margins in the U.S. restaurant business.”

“A higher minimum wage represents a particular challenge for restaurants, which depend heavily on hourly workers,” said Fahy in a statement. “But restaurant operators will have a tough time passing higher labor costs on to customers without negatively impacting traffic.”

Fahy also said that if the pay gap narrows between employees paid above-minimum wages and those brought up to mandated minimums, workers above the minimum may demand that their compensation be “increased commensurately.”

Fahy noted that restaurants could see their profit margins negatively impacted anywhere from one to four percentage points over a staggered time horizon, depending on the number of hourly workers they employ.

“If the minimum wage went to $10.10 from the current $7.25 an hour, for example, operating margins for casual-dining operators could fall around 2 percentage points, to just over 10 percent from 12 percent, if 15 percent of their labor costs were affected by the wage increase, all things being equal,” Fahy calculated. “Quick-service restaurants could see their margins impacted by about 1 percentage point, to 21.4 percent from 22.5 percent, under the same scenario. “

Many of the minimum wage efforts have moved from statewide legislatures and ballot initiatives to the municipal level.

Seattle was among the first municipalities to approve a phased-in minimum wage, with the city council in June 2014 approved a $15-an-hour standard to be phased in over seven years. And that has produced a growing number of city and county wage minimums.

In California, Berkeley, Emeryville, Los Angeles, Mountain View, Oakland, Richmond, San Jose, San Francisco and Sunnyvale have enacted minimum wages higher than the $9 per hour state level, which increases to $10 on Jan. 1, 2016. Chicago has passed a $13-an-hour minimum that is being phased in through 2019 and then adjusted for inflation every July 1 after. In Kentucky, Louisville and Jefferson County approved a minimum that will increase from $7.75 an hour to $8.25 on July 1, 2016, and to $9 on July 1, 2017.

Kansas City, Mo., passed earlier in July a minimum that will start being phased in Aug. 24 and reach $13 an hour by Jan. 1, 2020. It will be adjusted for inflation every Jan. 1 thereafter.

Others have been passed locally in cites and counties that include: Portland, Maine; Montgomery and Prince George’s counties in Maryland; Albuquerque, Las Cruces, Santa Fe and Bernalillo and Santa Fe counties in New Mexico.

As restaurants deal with more such increases, Tristano said they could begin promoting the changes positively to their customers.

Tristano noted when London restaurants started a 12.5 percent service fee “a number of brands started giving their staff buttons to wear that said, ‘We Get 100 Percent of the Service Fee.’

“People felt better about that,” Tristano said. “It was an opportunity to promote and get credit for the fact, whether you are forced to or not, that you are paying the higher wage.”