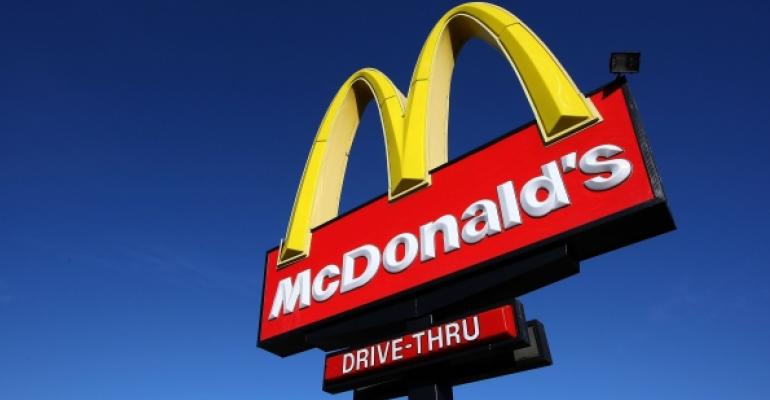 Cuts include 135 positions at headquarters

McDonald’s Corp. is cutting 225 jobs, more than half of them at the company’s headquarters, as the struggling burger giant streamlines operations and cuts expenses.

The cuts include 135 layoffs at the company’s headquarters in Oak Brook, Ill., according to an Illinois state layoff notice released today. The layoffs took place last month. It also includes 90 employees overseas, according to a company spokeswoman.

“We do not take decisions that impact jobs lightly, but we committed in May to implement meaningful changes to reset our business, remove layers and find cost efficiencies, and we are acting with a sense of urgency on that commitment,” company spokeswoman Heidi Barker Sa Shekhem said in a statement.

The cuts come on top of 63 layoffs made at headquarters back in February.

The layoffs have long been expected as the company has restructured its operations to eliminate bureaucracy and make quicker decisions.

In May, the company announced a turnaround plan highlighted by a restructuring that included $300 million in annual general and administrative savings by the end of 2017. Executives have hinted that these savings would come at least in part in the form of job cuts.

“We’re putting the right people in the right places,” CEO Steve Easterbrook said during his turnaround statement in early May. “We’ll be conducting an additional review of our corporate functions in the coming weeks and reducing G&A [general and administrative expenses] as we look to align our support more closely with the new structure.”

On the company’s second quarter earnings call last month, Chief Financial Officer Kevin Ozan said that the company “made important changes in our corporate and support teams, which included the elimination of some international and home-office positions. While these types of changes are never easy, they were right for the business and will result in a leaner, more agile organization that can better respond to market conditions and most importantly, our customers.”

The changes have come as McDonald’s fights to reverse a brutal sales slump, particularly in its home U.S. market, where competitors are eating into the chain’s massive market share.

Same-store sales in the company’s second quarter, for instance, declined 2 percent. Sales have been deteriorating at the chain for three years.

“There is no silver bullet,” Easterbrook said on the call. “No one move will turn a business that’s been in decline for three years.”

Correction: Aug. 6, 2015 An earlier version of this article incorrectly stated when the layoffs were to occur. The layoffs took place last month.