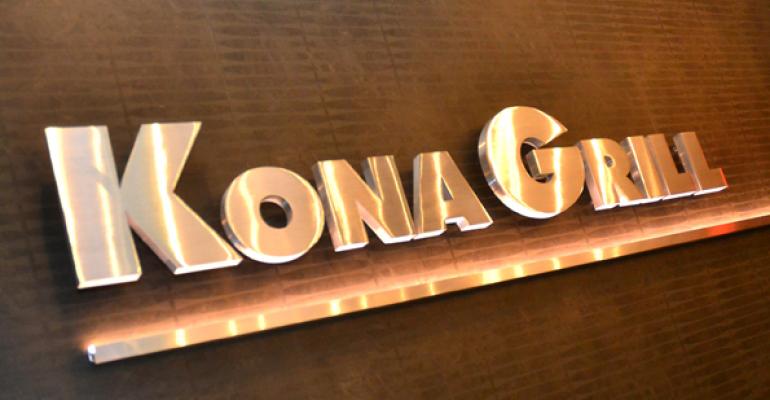 Kona Grill Inc. has raised the curtain on the newest design for its American sushi-grill chain at a remodeled unit in the Chandler Fashion Center in Arizona.

The company has refreshed the 10-year-old unit with many elements that executives said will be used in new units and renovations going forward, including lighter colors, fabric panels, and fire and water elements.

“We pretty much changed the entire dining room. We expanded the bar area. The goal was to make the environment more cozy, guest-friendly with a lighter palette than we had used in the past with the dark wood and the stone,” said Jenny Elkins, Kona Grill’s vice president of operations.

A major addition was a lounge area with soft chairs and a television. “One of the great things about Kona is that people like to come in and hang out,” Elkins said. “It’s a very social environment where they come in and have drinks and appetizers and stay there for hours. So we wanted to create an environment that was conducive to that.”

“This is our baseline,” Elkins said. “We’re obviously going to take in any sort of operational feedback in terms of what is and isn’t working. And we’re also going to take into consideration guest feedback. But this is a general guideline for what our remodels are going to look like.”

Major features, such as Kona Grill’s signature aquarium, remain in the remodeled unit, but the design was changed, Elkins added. “We cleaned up the area around it so it really stands out,” she said, adding that the stacked stone frame and dark woods around it were removed. 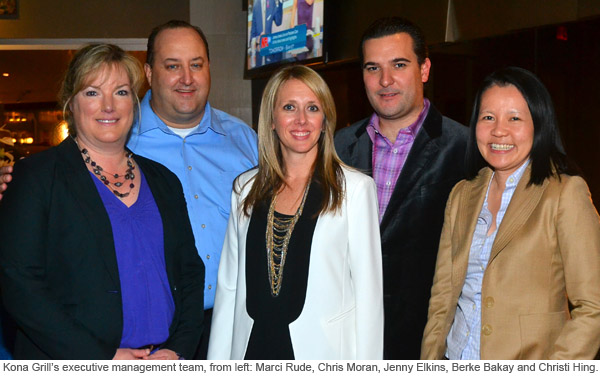 The entire renovation was scheduled to take about six weeks but ended up consuming about 10, Elkins said. The restaurant stayed open through the construction, she said, with most of the activity being done at night. The store was only closed for two days near end of the process, she noted.

She expects future remodels to take less time because of the learnings from the Chandler construction.

“Our goal was to create a modern look that would not only stand the test of time but that would take us into our next phase,” Elkins said. Several more renovations are planned for 2013, she said, but would not divulge which units.