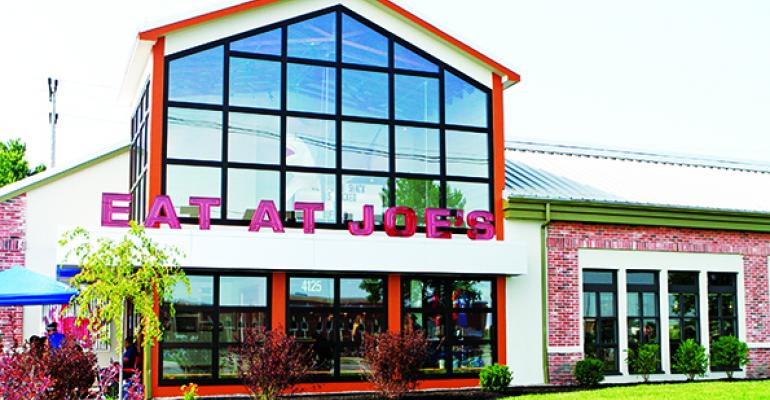 Joe’s Crab Shack has cut back its no-tipping test to just four restaurants from 18 after encountering customer and worker disapproval over the past 10 months, company executives say.

“The system has to change at some point but our customers and staff spoke very loudly,” said Bob Merritt, CEO of Joe’s Houston-based parent company Ignite Restaurant Group, in an analyst call last Wednesday. “And a lot of them voted with their feet.”

Merritt said Joe’s Crab Shack customer research indicated nearly 60 percent disliked the no-tipping program, which launched last summer in Indianapolis and was expanded later in the fall to 18 restaurants in the Midwest.

“We got negative customer counts between 8 percent to 10 percent on average among the 18 restaurants, and we tried it for quite a while, tried communicating it different ways,” Merritt said. “So in those 14 restaurants, we are going back to the more traditional structure.”

Merritt said customers disliked the no-tipping policy for two reasons: first, they didn’t want to lose control of incentivizing service, and secondly, they didn’t trust management to pay the increase price to employees.

The company had increased menu prices in the test restaurants and is rolling those back as tipping is returned. “Unfortunately as we all those of us who have been around this business for along time know when you roll back prices you rarely get credit for it very quickly,” he said, “so it is going to take us time to rebuild that.”

Ignite will continue the no-tipping test in four of the restaurants.

“We are going to try to figure out why it worked in some places and why not in others,” Merritt said. “The way we look at it is: We are really continuing the tests in place with where it works.”

Other independent restaurants and small restaurant group, such as Union Square Hospitality Group in New York, had launched similar no-tipping programs to deal with minimum wage pressures and changes in tip-credit levels.

Labor expenses, as a percentage of revenue, increased to 30.5 percent from 28.5 in the prior-year quarter, Leist said.

“The increase is primarily due to higher hourly labor cost at our no-tipping units in Joe’s and some inefficiencies at the three new Brick Houses that we opened during the quarter,” Leist explained to analysts.

That, in turn, affected the operating margins at the Joe’s brand, he said, reducing it to 5.7 percent in the first quarter from 6.3 percent in the same period last year.