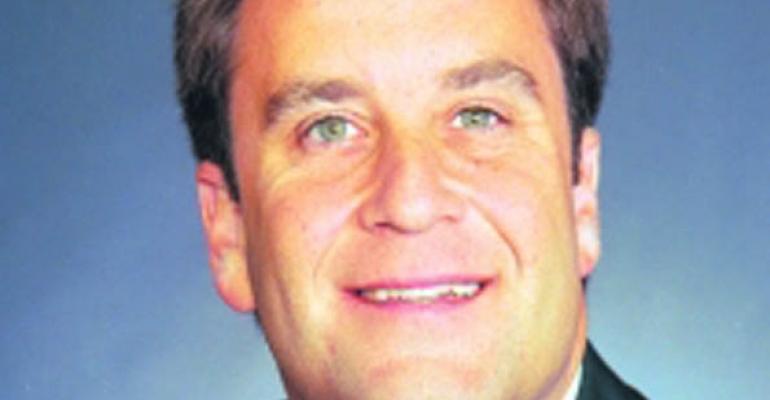 The San Diego-based operator or franchisor of 126 restaurants in 15 states is the parent company to the Souplantation and Sweet Tomatoes salad-buffet restaurant brands and is one of several restaurant properties in the portfolio of private-equity firm Sun Capital Partners.

Goronkin most recently was chief executive officer of Real Mex Restaurants. He resigned from Real Mex on May 21, three months after the company — parent to El Torito, Chevys Fresh Mex and Acapulco — was acquired out of bankruptcy by a group of note holders.

“I am excited and honored to be joining the Garden Fresh team,” Goronkin said in a statement. “The company has a strong, values-based culture, and Souplantation and Sweet Tomatoes are two great brands that are well-positioned as more Americans seek out fresh, healthy dining options. I’m confident Garden Fresh can capture this opportunity and build on the company’s past success.”

According to research for the upcoming Nation’s Restaurant News Top 200 census, Garden Fresh had aggregate net sales of $305.1 million for its most recent fiscal year, ended in September 2011, up 4.1 percent from the prior year. The company had 121 total restaurants between Souplantation and Sweet Tomatoes at the end of fiscal 2011 and 115 restaurants at the end of fiscal 2010.

Mack, who founded Garden Fresh in 1983 after acquiring the first two Souplantation restaurants, will leave the company, as will president Ken Keane, who would not be replaced, according to the company.

“Both Ken and I have had a great relationship with the people at Garden Fresh and, for the past six years, with Sun Capital,” Mack said. “We leave knowing the company is in good hands and has very bright prospects for the future under its new, experienced leadership and with the support of our great management team and dedicated employees.”

While president and CEO of Famous Dave’s, Goronkin won a Silver Plate Award from the International Foodservice Manufacturers Association in 2006. He also has served on the board of the National Restaurant Association and the NRA Educational Foundation.