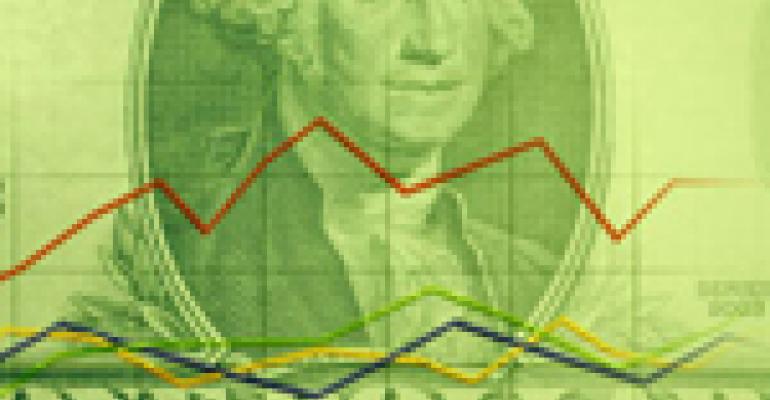 Card spending at restaurants slows in May

The company's May SpendTrend report, which analyzes credit and debit card transactions across industries, found that although consumers increased spending on payment cards at restaurants by 5.6 percent in May 2012 compared with a year earlier, the rate of spending growth had slowed compared to rates of the recent past. From the second quarter of 2011 to the first quarter of 2012, restaurants' trailing quarterly increases in same-store dollar volume from card payments had been 8.1 percent, 8.2 percent, 9.7 percent and 10.1 percent, respectively.

The number of transactions paid for by debit and credit cards in restaurants also increased in May, by 9.2 percent, First Data found. That result bested the overall transaction growth figure of 5.9 percent for all industries and trailed the transaction growth of only the services and travel sectors, which had increases of 11.5 percent and 20.4 percent, respectively.

Meanwhile, First Data found, the average check per card transaction at restaurants in May fell 3.3 percent. Check averages had risen 0.1 percent in April 2012, but for the most part, restaurants recently have been fighting erosion in per-person spending due to a highly competitive promotional environment and customers’ willingness to trade down to lower-price items.

In the restaurant industry’s trailing four quarters from the second quarter of 2011 to the first quarter of 2012, the sector’s average check decreased 1.7 percent, 1.5 percent, 1.4 percent and 2.3 percent, respectively.

Average-ticket growth overall across all industries was 1 percent in May, the highest increase since February 2012, First Data found. The company said in a report that the growth was due in large part to companies in other industries transitioning away from aggressive discounting.

First Data noted in the report that consumers may continue to be cautious with discretionary spending, which would slow spend, transaction and average check growth at restaurants even further. "In the coming months, increasing concerns over job market weakness and the languishing stock market may weigh on consumers’ willingness to spend,” the company noted.