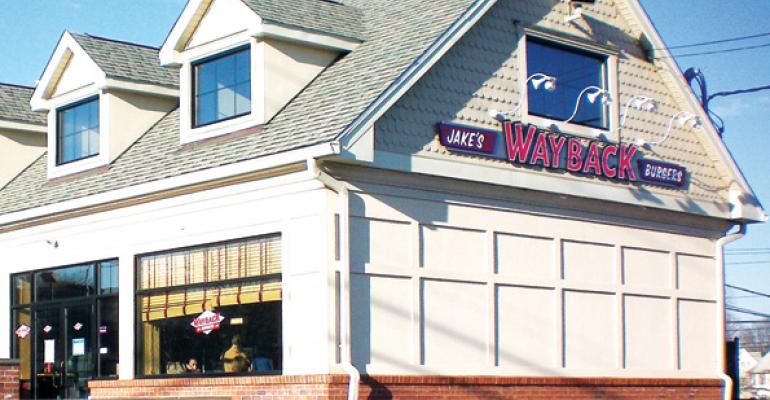 Jake’s Wayback Burgers has launched itself into the international marketplace with a deal that could take the better-burger brand into 28 countries in the Middle East and North Africa.

With 72 locations operating in the United States, Jake’s signed an agreement with Topaz MENA LLC, a Riyadh, Saudi Arabia-based firm that eventually expects to oversee the opening of some 60-plus units in the Middle East and North Africa.

“Opening the first Jake’s Wayback Burgers in Dubai is a strategically ideal location because it is centrally located in the MENA [Middle East – North Africa] region,” said Abdulrahman Alieedon, vice president of the Topaz MENA board, in a statement. “As master franchisee of the 28 countries in the region, it will be easy for us to share the value proposition with multi-unit operators and area developers looking to get into the thriving fast-casual burger category.”

John Eucalitto, president of Jake’s Wayback Burgers, commented on the agreement in a statement, saying, “From Morocco to Iraq, we look forward to working with Topaz MENA to help find the right sub-master franchisees to partner with in each of the 28 countries.”

Jake’s is also in the process of identifying other international markets for the brand. Bill Chemero, executive vice president of the Cheshire, Conn.-based chain, said discussions are currently underway with potential master franchisees to open stores in Argentina, Australia, the United Kingdom and Canada.

Prior to January 2013, Jake’s had limited its domestic expansion to franchisees looking to open single units but in the future, all further expansion of the chain will be through operators who agree to open multiple units, Chemero said. Currently, there are about seven multiunit operators signed on.

Jake’s, which specializes in handmade burgers and authentic milkshakes, also offers franchisees various options, such as beer and wine service and delivery.

“They’re optional, but we have the mechanisms in place to support them,” Chemero said. “Better burgers and craft beers would be a natural for us in England.”