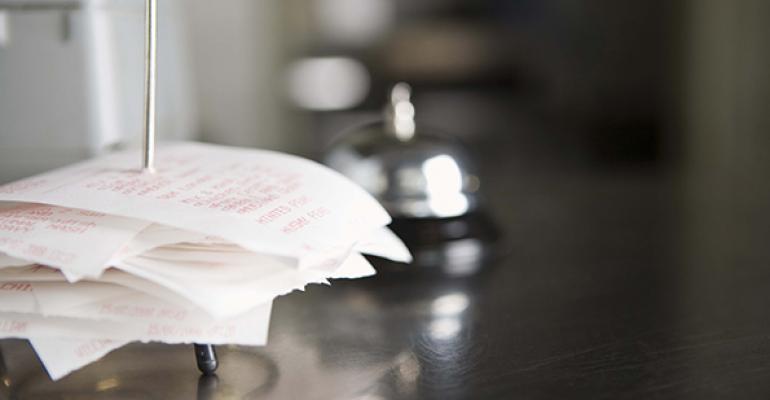 Costs are expected to increase, but operators can mitigate the impact

Proposed overtime rules announced this summer that would double the pay threshold for overtime eligibility are expected to have a major impact on restaurant operators’ costs.

But restaurant operators can take steps to mitigate the impact of those costs. At least one study suggests that the real cost to the industry isn’t on increased pay, but in the cost associated with updating payroll systems and making other changes to comply with regulations.

The proposed rules would increase the weekly pay threshold for those eligible for overtime pay from $455 per week to $970 per week, or from $23,660 to $50,440 per year. That would make roughly the lowest paid 40 percent of the workforce eligible for excess pay if they work more than 40 hours a week.

The new rules are expected to impact 5 million workers nationwide, many of them in the restaurant industry.

Many restaurants could consider increasing managers’ pay to $50,000 a year, thus getting them above the pay threshold. But not everybody has to be bumped up to that level, Gordon said.

Companies could closely manage overtime, he said, making sure that hourly assistant managers only work five to six hours a week of overtime.

Multi-unit restaurants could spread management over more locations by adding a new level of manager, he said, like “lead assistant manager” or “senior general manager.”

A senior general manager would get paid more and would work in multiple units. That would reduce the need for managers and would enable the company to offset any increased pay related to the new overtime threshold.

It would also reduce management turnover. Operators could promote top-quality managers to this new level if all the area manager spots are taken and the company isn’t adding locations.

Providing another rung in the ladder gives top managers an incentive to stick around, and helps operators keep top talent.

“Managers turn over if they don’t see a way to get promoted,” Gordon said. “It helps promote good managers. You’re not doing that for everybody, but certain managers are ready. And it gives another way to promote, especially if you don’t have new stores turned over or built.”

Tony Lutfi, a multi-concept restaurant and retail operator based in Sacramento, automatically shifts salary workers to hourly whenever he buys a new set of restaurants. Lutfi operates Jack in the Box, Arby’s, Little Caesars, TGI Fridays, Church’s Chicken and Captain D’s restaurants, among others.

If a salaried worker makes $50,000 a year, he said, he simply recalculates the employee’s hourly pay based on a 50-hour workweek — 40 hours at a certain per-hour rate, plus 10 hours of overtime pay.

While there is usually some apprehension among workers when the change is made, Lutfi said, they are ultimately happy with the move because it mostly fixes their hours at 50 — a common workweek in the industry — while boosting pay if they put in more hours.

The new overtime proposal has generated considerable opposition from restaurant and retail trade groups, where the change is expected to have the biggest impact.

The National Restaurant Association said the $970 weekly threshold is “unrealistic” for restaurants, and suggested a lower threshold of $657 a week, or $34,164 per year.

In one study commissioned by the National Retail Federation before the new rules were announced, Oxford Economics announced that an increase to $984 per week, slightly higher than the ultimate rule, would cost businesses $9.5 billion a year in additional pay, assuming they made no changes.

That study, however, suggested that most employers would adapt to the new rules by changing how their employees get paid or by reducing hours, ultimately eliminating any potential increased compensation for workers.

But making those changes, the study found, would cost restaurants and retailers $745 million just to comply with the regulations.

Gordon said the rules would likely cost the most for quick-service restaurants, where many assistant managers are paid $40,000 to $45,000 a year, and work well over 40 hours a week.

To avoid these costs, restaurants might reduce work hours. But many are likely to reclassify workers as hourly and reduce base pay while accounting for overtime.

Research suggests many employers will do this over time. Some employers already do it as a matter of course.