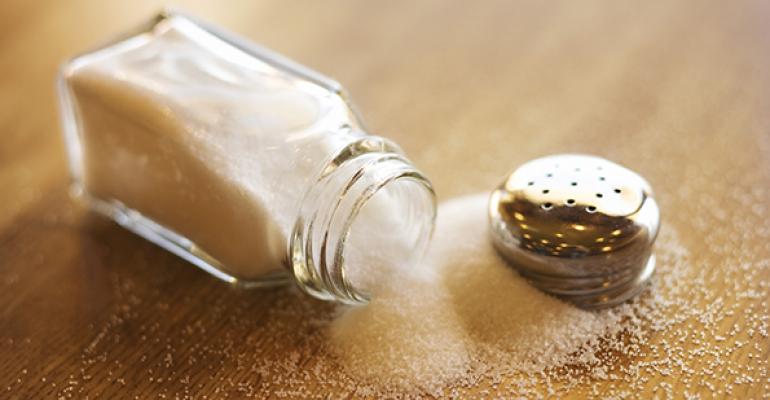 Salt shaker symbol would appear next to menu items that contain more than 2,300 milligrams of salt

New York City’s Department of Health is expected to propose Wednesday that restaurant chains label menu items that are deemed high in sodium.

According to the Associated Press, New York could become the first U.S. city to require salt warning labels on menus if the proposal is approved by the city’s Health Department.

If the department votes to consider the proposal Wednesday, a final vote could come in September, with warnings required before the end of the year.

Under the proposed guidelines, restaurant chains would be required to add a salt shaker symbol on menus next to entries for items that contain more than the recommended daily limit of 2,300 milligrams of sodium, or about one teaspoon of salt.

“This doesn’t change the food,” Bassett told the Associated Press. “It enables people to identify single items that have a level of salt that is extremely high.”

The use of salt in restaurants has long been a focus of public health campaigns that contend that excessive sodium can raise blood pressure and increase the risk of heart attack and stroke. The average American consumes about 3,400 milligrams of sodium every day, according to the American Heart Association. The association recommends an even stricter daily limit of 1,500 milligrams of sodium for most individuals.

“Most people would never pour a whole teaspoon of salt on any single dish, so shouldn’t people be warned when restaurants are secretly doing that for them?” Jacobson said in a statement.

Jacobson told the Associated Press that New York’s proposed warning labels are in fact too conservative, given that they would apply only to dishes with more than a whole day’s worth of salt. A meal with half that amount would still have too much salt, he said.

Lori Roman, president of industry advocacy group the Salt Institute in Alexandria, Va., said in the report that the proposal is misguided and based on incorrect government targets that have been discredited by research.

“They’re too low, and, if followed, could actually harm people,” Roman said.

The Salt Institute cited a study by the American Medical Association that indicated that people who consume low levels of sodium die earlier than those who eat average amounts of salt.

Restaurant chains with 15 or more units in New York City are already required to post calorie counts, and restaurant chains across the country have been working to reduce sodium levels over the past few years. Many chains have made nutritional information about sodium levels in food available for years.

Those that don’t will soon be required to. In December, the Food and Drug Administration’s long-awaited menu labeling requirements will go into effect. Regulations will require chains with 20 or more units make certain nutrition information for standard menu items available, including sodium levels.

The FDA is also pushing restaurants to voluntarily reduce sodium, and is developing new sodium guidelines.

Meanwhile, San Francisco’s Board of Supervisors voted Tuesday to adopt a package of ordinances that would require health warnings on advertisements for sodas or sugar-sweetened beverages with 25 calories or more per 12 ounces.

Another vote is required, but the proposal would require billboards and other ads to include the warning: “Drinking beverages with added sugar(s) contributes to obesity, diabetes and tooth decay. This is a message from the City and County of San Francisco.”

One of the ordinances would ban city departments from buying sugary drinks with city funds, and another would prohibit ads for sodas on city property, like parks and bus shelters.

Menus, menu boards and in-store marketing materials in restaurants are exempt. However, restaurants that install new soda fountain dispensers after the ordinance goes into effect will be required to post the warning on the machine.