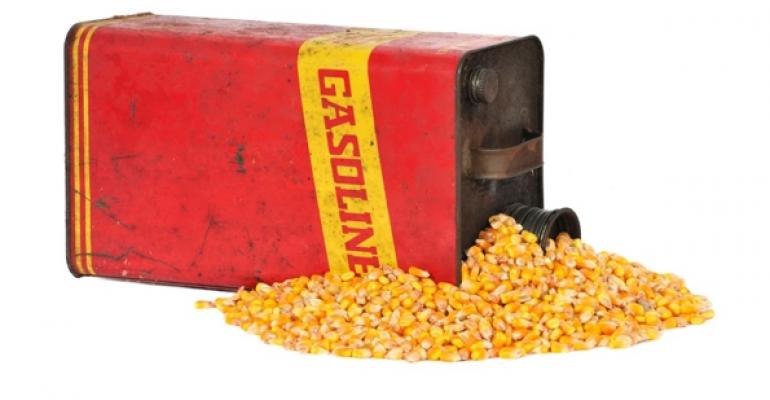 The National Council of Chain Restaurants kicked off a grassroots campaign Thursday to repeal the federal Renewable Fuel Standard, which requires that large quantities of corn be diverted for use in the production of corn-based ethanol.

Called “Feed Food Fairness: Take RFS Off the Menu,” the campaign is supported by a coalition of restaurant chains, small business owners and suppliers. They contend that the government’s policy of using corn — the chief ingredient in livestock feed — as a fuel source is inflating its price and driving other food chain commodity costs like meat, dairy and wheat upward.

NCCR executive director Rob Green kicked off the campaign, saying, “Today we are mobilizing the restaurant community to join this coalition … to urge Congress to repeal the flawed RFS. The law unfairly increases food and commodity costs for chain restaurants and ultimately American diners and shoppers across the country. It is time for small business to engage directly in this important debate and ask their lawmakers to take RFS off the menu.”

About 40 percent of the U.S. corn crop is being converted into corn-based ethanol, which yields about 13 billion gallons a year. That figure is projected to rise to 15 billion gallons by 2015, according to the American Coalition for Ethanol.

Corn-based ethanol is a renewable energy resource favored by environmentalists and many within the government for use as an oxygenator in gasoline that helps reduce exhaust emissions and is viewed as being better for the environment than other additives.

During Thursday’s newsconference on Capitol Hill in Washington, D.C., coalition members addressed how the RFS was impacting their businesses. Lisa Ingram, president of White Castle in Columbus, Ohio, said, “We have seen firsthand how increasing food prices caused by the Renewable Fuel Standard affect not only our business, but American families who patronize our restaurants. In total, the RFS and corn ethanol mandate costs chain restaurants up to $3.2 billion annually.”

Mark Behm, a Wendy’s franchise owner in Michigan, said “…operating a small business in the U.S. is hard, especially in Michigan and during these economic times. The federal ethanol mandate unfairly increases the cost of food across the board."

Steve Foglesong, a cattle producer and former president of the National Cattlemen’s Beef Association, said the RFS “has directly affected the supply and cost of feed in major agricultural sectors of this country, affecting the family ranch and farm. Even in the wake of the worst drought in decades, the Environmental Protection Agency refused to grant relief through a waiver, making it apparent that the RFS is broken and Congress needs to act. Cattlemen and women are not opposed to renewable fuels, but are seeking a level playing field to compete for a bushel of corn.”

Also in attendance at the press conference was Rep. Bob Goodlatte, R-Va., who in April introduced the Renewable Fuel Standard Elimination Act, or H.R. 1461, which seeks to repeal the RFS mandate. The NCCR and the coalition — as well as other industry associations — have thrown their support behind the measure.

However, the RFS also has its proponents. Tom Buis, the chief executive of Growth Energy, an organization representing producers and supporters of ethanol, said in a statement, “If the NCCR is looking for the culprits behind increased food costs they should look no further than the mirror and at their supporters at Big Oil who have relentlessly pursued the efforts to repeal the Renewable Fuel Standard. They are trying to blame the ethanol industry to justify their actions of constantly increasing food prices.

“Only 14 percent of the price of food is attributable to the cost of the commodity, while the rest can be attributed to energy costs and marketing,” he continued. “The processing, packaging, wrapping, storage, refrigeration and transportation costs are the true drivers in price increases. They are all energy intensive — it takes a lot to bring food from the farm to the table, and food prices will follow with ever-increasing oil and energy prices.”

Update: June 20, 2013 This article has been updated to include a statement from Tom Buis, CEO of Growth Energy.