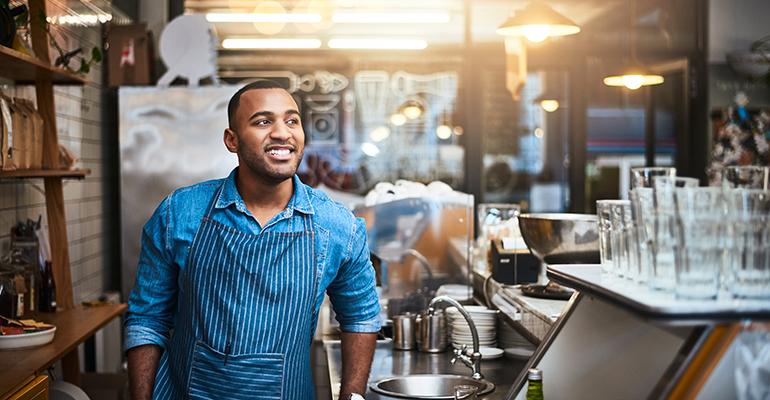 The Wealthy Franchisee: The key to recruiting and retention in a post-pandemic labor market

It all starts with the one factor that is completely within your control.

Franchise owners are scrambling to staff up their businesses. Many are throwing money at the problem by offering higher starting salaries, and in some cases cash just for applying. Many I’ve been talking to use the word “desperate” to describe how they feel. It’s tough out there, and everyone is looking for answers.

Employers are not going to solve their staffing problems simply by paying more money. At a time when prices are increasing just to cover higher costs of goods, a significant increase in labor is a model that can’t be sustained. More importantly, it doesn’t address the real problem.

Prior to my franchise conference keynotes, I interview owners within each brand. I can’t tell you how many times I’ve heard the above comment. The assumption is that the labor shortage is a result of government policy enabling the lazy. Actual studies have shown that while government assistance has been associated a bit with a reluctance to return to work, bigger issues include older workers withdrawing from the workforce, a mismatch between available job types and those willing to fill them, and childcare shortages. There’s still a lot to understand about the labor problem.

What’s important for franchise owners to consider is that all of the above explanations are factors out of their control. It may be tempting to blame or to judge, but the macro explanation doesn’t matter. Leave that to the academics. What matters to those in the trenches is what you can do in this environment to recruit and retain. How can you compete with other employers fishing in the same pond?

The one factor completely within your control is your work environment. What’s it like to work for you? It matters, because working for most people isn’t so great. And when workers have a choice, they’ll go where it feels best.

Covid 19 is just the straw that’s broke the worker’s back. Long before the pandemic, studies have told the story of a dissatisfied workforce and disengaged employees. Gallup conducts an annual survey of workers throughout the world, and in 2019 reported that 52% of employed respondents described themselves as “not engaged” in their work, and 13% described themselves as “actively disengaged.” While these numbers were actually better than previous years, they still suggest a sad reality about life at work. Most people don’t like their jobs.

The time off afforded by the pandemic has allowed workers, from hourly to the C-suite, to reflect on their lifestyle and how their days are spent. Many have decided they no longer want to endure a job they hate. And if they must work, all things being equal, they’ll go where they can get paid the most. Consequently, wages are going up across the board. Raising salaries, therefore, keeps you competitive, but won’t make you more competitive, not unless you’re willing to out-pay everyone.

The best advice? With all things being equal, don’t just be; be the best. That doesn’t mean paying the most. Let your competitors give away profit. Instead of investing more labor dollars than necessary, invest more in creating a satisfying employee experience with higher emotional compensation.

I share in my customer service presentations that customers remember less what they get and more how they feel. The same is true for employees. Financial compensation is important, but other things are more important. I’ve surveyed many teams of hourly employees (including those from my own franchise businesses) and asked them to rank what they want most from their jobs. Financial compensation typically ranks fourth or fifth. What usually ranks higher among the choices given are “feeling appreciated,” “personal/professional growth,” “interesting work,” and “feeling part of a team.” The kind of employees you want (when not desperate for help) will share these values. Those who value money the most will be the first to jump ship when a higher paying opportunity comes along. They’re not the type of people who will enhance your culture or solve your labor needs.

I remember one franchise restaurant general manager who complained to me that he couldn’t motivate his team because the owner limited what he could pay in labor. He knew his team was dissatisfied. (My survey and team interviews confirmed that.) But without more money to motivate them, he felt completely unable improve things.

My work with his team revealed their dissatisfaction wasn’t a result of low wages, but low praise and recognition. They complained to me in confidence that the GM focused most on problems and rarely offered positive reinforcement. He believed they wanted more money, but what they really needed was an occasional pat on the back. At first, he refused to believe me, but I showed him data. Then he asked me who complained so he would know whom to praise. I refused to tell him and suggested he add praising as part of his management for everyone.

Like many bosses, this GM was a firefighter. He just wanted to solve problems. I helped him understand that great leaders don’t just fight fires; they light fires. They actively engage their team, starting with understanding what they really want (without making assumptions) and creating a workplace that honors those values.

That approach sure worked for me. When I discovered what my own employees really valued most and put more into fulfilling those needs, they were noticeably more engaged. Retention improved. The place just felt better. Soon our team won our brand’s “Best Customer Service” award and my GM won “Manager of the Year.” I was eventually asked to speak at our brand’s franchise convention about how to build superstar teams. I explained it wasn’t about paying more money but paying more attention to what matters most — the same thing we should all be doing when trying to recruit and retain customers.

We are witnessing a sea change taking place in the labor market. It’s a shift as big as a global depression, a broken supply chain, or even the pandemic. This shift is a new, collective sensibility among workers that while they’re willing to work, they refuse to suffer. The nonworking have informally gone on strike demanding not just higher wages, but a better work experience. To navigate these new waters, franchise business owners must transform from bosses to leaders. They must focus not only on building a business, but on building a culture.  (Here are a few ideas on how to accomplish that.)

People need to make money, but they also need things to buy. And they need places to eat. Eventually labor costs and restaurant pricing will find harmony with each other. But the new normal of work will require employers to rethink their relationships with team members. The good news is that a better employee experience doesn’t have to jack up your labor costs. It just means extending the care you have for customers to the people you hire to serve them.