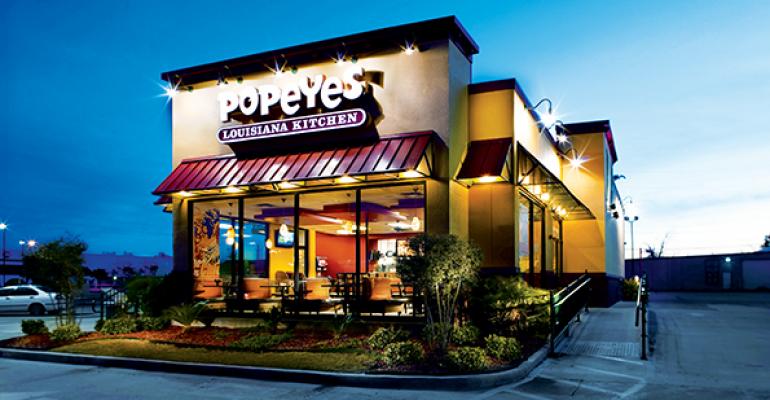 Large Burger King operator gets into the chicken business

The former CEO of Arby’s, who has recently made a name for himself by acquiring Burger King restaurants, is getting into the chicken business.

“I happen to think it’s one of the best — if not the best — managed brands in the last five years in the industry,” Garrett told Nation’s Restaurant News. “It’s really remarkable what [Popeyes CEO] Cheryl Bachelder has done.”

With the deal, GPS now has 229 units, the vast majority of which are Burger King restaurants that it has acquired in rapid succession since Garrett formed the company in 2012.

Popeyes sales have increased in recent years. Same-store sales have risen 12.5 percent worldwide on a two-year basis. The growth, plus unit development, has systemwide sales up 25 percent over the two-year period.

“We like mature brands that are season- and cycle-tested,” Garrett said. “When we see consistent growth year over year in a mature category, somebody is doing something right.”

It also promises the company another vehicle in which it can continue to add locations.

Garrett said that Popeyes has plenty of opportunity to grow in the U.S., which will enable his company to grow in part through building new locations, in addition to acquisitions. Garrett expects to open three new Popeyes units by the end of the year. The company will then evaluate how aggressively it can develop in 2017 and 2018.

“We’ll certainly build new Popeyes,” Garrett said. “Hopefully we’ll be able to do some acquisitions as they make sense.”

GPS bought into Burger King in 2012 with a 42-unit acquisition from the company, which, under relatively new owner 3G Capital, was furiously refranchising its company-owned units. GPS used the acquisition as a springboard to quickly become one of Burger King’s largest operators in the U.S.

The timing of the acquisition was also fortuitous, as Burger King has grown in the years since.

“We came into Burger King at the tail end of all the company refranchising,” Garrett said. “I’ve had a lot of bad timing. I’ve had some good timing. This was good timing. The brand has performed well.”

He said Burger King’s “big focus on remodels” and improving operations has helped the chain succeed.

But he also said that Burger King “got its voice back,” and has focused on executing its brand strategy, which has helped the company generate sales in an era when overall restaurant industry traffic has been flat.

Garrett said there will continue to be opportunities for his company to acquire more locations in the coming years, especially as more operators retire and look to sell their operations.

In recent years, large operators have been acquiring smaller operators in various legacy brands, such as Burger King, fueling rapid consolidation. In addition to retirements, rising labor costs, regulatory concerns and remodeling, demands are leading many smaller operators to sell.

“Everybody faces the same challenges,” Garrett said. “I happen to think when you’re a large operator, it’s probably easier to manage through some of those issues.”

Meanwhile, financing is readily available for many large franchisees to acquire these locations, driving up the cost of many acquisitions. But Garrett doesn’t worry about higher prices in part because his company can improve the operations of the acquired restaurants and thus increase profits.

“We look at what you pay at the time when you buy it,” Garrett said. “More important to us is after we go in and operate for a year or two, how much is its worth. We significantly improve the operation. We’re still quite happy with our returns.”

Correction: April 4, 2016  An earlier version of this article misstated the number of locations GPS Hospitality operates. It operates 229 locations.