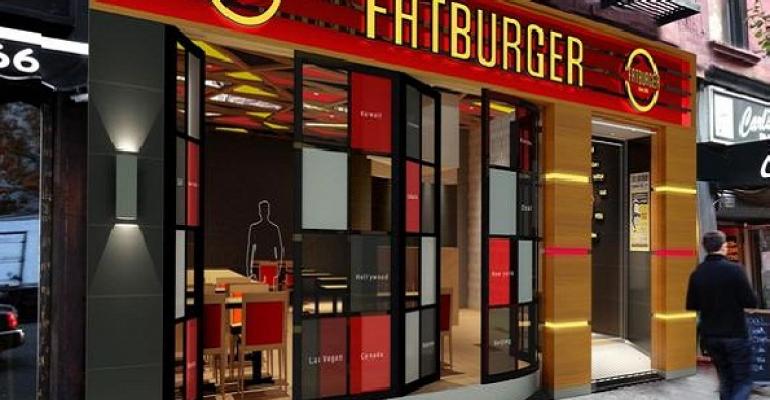 Franchising in a big city

Franchises tackle the challenges of opening in large urban markets

Large urban markets continue to draw ambitious franchisees who want to take advantage of high profile, high-volume locations. But operating in the big city brings with it a unique set of challenges and local quirks, so restaurant chains are seeking strategies to make opening in those areas a little less stressful for franchisees.

Perhaps nowhere are the idiosyncrasies as exaggerated as in New York City, where tight quarters, stern regulations and sky-high rents are the norm, operators say.

“There are no cheap rents in New York,” said Zane Tankel, chief executive of the Applebee’s franchise Apple-Metro, which has 35 locations in the New York City area. “If you find a cheap rent, it’s a bad site.”

Deliveries are a challenge too, Tankel added. Unlike in other markets, where trucks pull up to the back of the store during the day to deliver product, most New York locations have no back entrance for trucks, and vehicles cannot double park on the street. The deliveries enter through the front entrance, usually through the same door as customers.

“So you get deliveries between midnight and five in the morning,” Tankel said. “The city never sleeps, but during those hours it’s quieter than during the day.”

Another operations anomaly is that trash often goes out through the front as well, an unappealing option during times when customers are present. As a result, some operators need to reserve space for temporarily holding waste.

“The health department might require you to have a refrigerated room to store garbage,” said Paul Damico, president of Atlanta-based Moe’s Southwest Grill, which recently opened a location in Manhattan. “If you cannot put garbage out during certain periods, you cannot hold it in back because it will stink up the building.”

To help ease these challenges, many companies favor franchisees already familiar with the market. Damico said that Moe’s found a franchisee with New York City experience, so operational challenges and rents that were four times as high as in other Moe’s markets, were no shock to those operators.

“We found a group of guys who are perfect for our brand,” he said.

The 150-unit Fatburger chain also said it seeks to grow with operators who have big-city experience. Fatburger recently signed an agreement with The Riese Organization, a multiconcept franchisee in New York City, to open ten Fatburger locations there, said chief executive Andrew Wiederhorn.

“In New York there are large landlords that control big blocks of space, so you have to be thoughtful of who your franchisee is,” Wiederhorn said, noting that attractive franchisees have strong relationships with local landlords.

In all markets, an experienced franchisee should also know the local municipality’s various rules and which local vendors can handle these regulations.

“You don’t want to bring in an architect or builder into Santa Monica, [Calif.,] who has never built in Santa Monica,” Wiederhorn said. “You want someone who has built many locations and has relationships with the city and county. There is no reason to reinvent the wheel.”

Fatburger, which is based in Beverly Hills, Calif., also plans to open ten more locations in the Los Angeles market this year.

Another way to make the entry easier is to open company-owned locations first to see what challenges future franchisees will have to overcome. For example, Smashburger, which has 200 locations in 29 states, recently opened two company locations in the Los Angeles area.

“We have taken a leadership role by opening the first two corporately,” said Dave Prokupek, chief executive officer for the Denver-based chain. That way, the company could not only scout some real estate and figure out how to deal with higher rents, but also handle marketing issues such as creating local buzz.

Another challenge, Prokupek said, is the high intensity lunch volume in a city unit. While customers at suburban strip mall locations might be families having an informal meal, urban customers are often professionals in a big hurry. Smashburger, for its part, offers a Favorites menu board listing four or five best-selling items, to make order-taking easier. It also has more seating for individuals, a more comfortable waiting area and a to-go section.

Security is another concern in urban markets. Tankel said the New York City area can attract customers whose behavior can be brazen and disruptive. Dealing with those customers requires firmness and consistency, he added.

Hiring the right staff members takes a special set of skills in large cities as well, as local applicants may be more abrupt or blunt than those in other markets.

“City people are not as warm and friendly as country people,” Tankel said. “We want staff to say, ‘Hi, how are you, welcome to Applebee’s.’”

Once again, Tankel said, local franchisees can help mitigate those differences, as they know how to interact with the personality style of the customer base and applicant pool and can help hire the right team and create the desired atmosphere.

Fatburger’s Wiederhorn agreed about the importance of building a local team.

“You always want to hire from the local environment,” he said. “You try to hire your managers and your assistant managers from the community. You want local experience. Don’t try to go in there cold.”