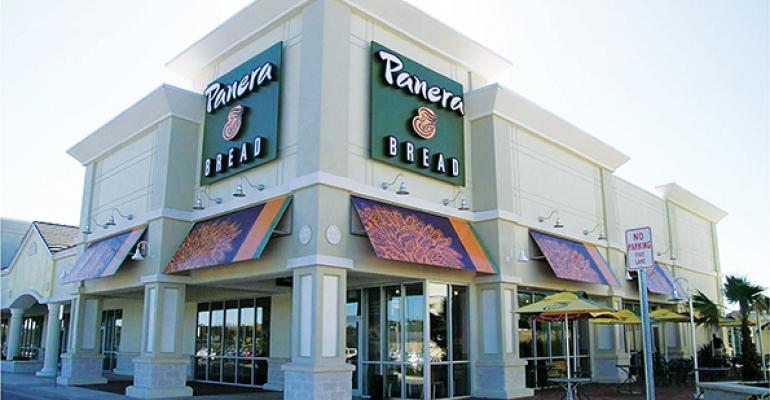 All but two of those locations were acquired from the franchisor in a refranchising deal — Panera Bread’s second of the year — that also includes six more locations under development and expected to open next year.

FRG bought the other two locations from Golden Gate Bread LLC. All told, FRG will instantly become one of Panera’s largest operators, with 53 total locations.

“I love Panera,” Flynn Restaurant Group CEO Greg Flynn said in an interview with NRN. “I love the food, personally. It’s completely on trend with the direction of the country. The leadership of Panera corporate is phenomenal.”

Flynn Restaurant Group is the largest restaurant franchisee in the country, and this deal gives the company 729 restaurant locations and $1.7 billion in annual sales. Flynn has been looking to get into a fast-casual brand to go with the company’s existing two concepts, Applebee’s and Taco Bell. The company operates 481 Applebee’s locations and 201 Taco Bell and other Yum! Brands Inc. restaurants.

FRG is also one of the largest foodservice companies of any kind in the U.S., and since its founding in 1999 has had a compound annual growth rate of 33 percent. The company spent much of its history growing within the Applebee’s system before it branched out with an acquisition of Taco Bell locations in 2013.

Flynn views Panera as a natural fit as a third concept for that portfolio. Panera has a strong track record, high unit volumes and a franchise business that relies on a small number of large-scale operators.

“The franchisee community is very strong,” Flynn said. “It’s similar to Applebee’s. It has a small number of well-heeled franchisees that can and do get stuff in the system with great efficiency.”

Panera also has scale, with 1,800 locations and $4.6 billion in domestic systemwide sales, according to Nation’s Restaurant News Top 100 data, making it the nation’s largest fast-casual brand.

Flynn said the chain’s focus on healthful food, its focus on all dayparts and its use of technology make it a good fit with the direction of the country. In particular, he cited the Panera 2.0 initiative, in which locations use technology through mobile and online ordering to improve efficiency.

“We’re very enthusiastic about 2.0,” Flynn said. “We’ll be early adopters and will roll it out as quickly as possible.”

FRG is the first new franchisee that Panera has admitted into the system in nearly 10 years. Flynn said his company went through a rigorous vetting process to be able to buy the locations.

“I have known Greg for many, many years and have the deepest professional and personal respect for Greg and his organization,” Panera Bread founder and CEO Ron Shaich said in a statement. “We’re extremely pleased to welcome Greg and the Flynn Restaurant Group to the Panera family. Unquestionably, together we can make an even bigger difference in the lives of people by serving good food in warm, uplifting environments, creating a rewarding workplace and contributing to local communities, one bakery-café at a time.”

The restaurants are near FRG’s corporate headquarters in San Francisco, as well as in Seattle, the first market in which Flynn operated restaurants. “They’re markets we know extremely well,” Flynn said. “They’re very difficult to make money in.” He makes money in these areas by generating volume, which puts pressure on the franchisee to run good restaurants and find strong locations.

Flynn said that the addition of the Panera Bread locations into the FRG organization would be “pretty seamless.” FRG’s support center in Independence, Ohio will support the Panera Bread restaurants, and the units will be operated under the FRG subsidiary “Pan American Group.” The restaurants will be run separately from the Applebee’s or Taco Bell locations.

“We keep everyone,” Flynn said. “We paint a picture of a better outcome and give them resources to accomplish those better outcomes. They’re almost never disappointed.”