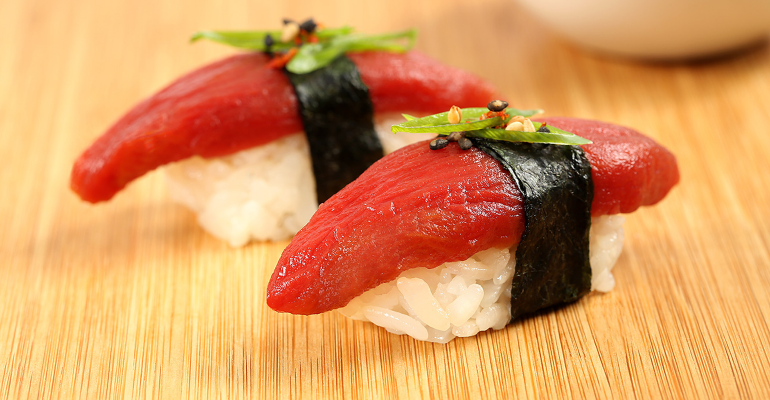 More than just burgers or chicken: Other plant-based protein categories on the rise

According to market research firm The NPD Group, the number of cases of plant-based proteins shipped from broadline foodservice distributors to independent restaurants or small chains has grown 19 percent in the year ending in March, compared with the same period year ago.

Now there are a growing number of no-fish seafood and shellfish options, as well as vegan eggs. And many restaurants develop their own plant-based protein dishes in house. 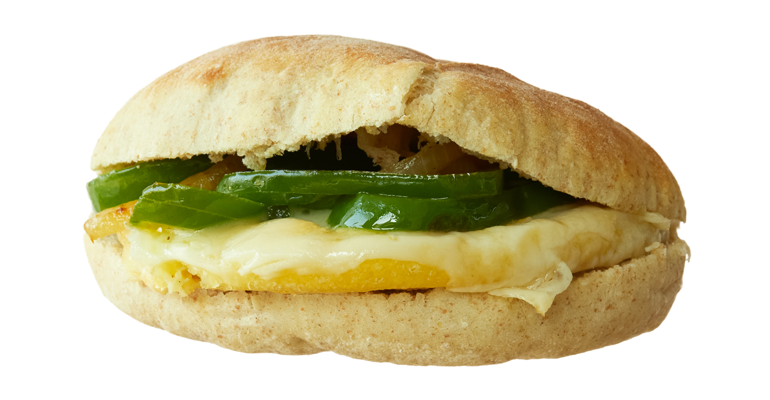 “Food manufacturers and operators have improved the quality and taste of plant-based foods over the past several years and these foods are appealing to a variety of consumer segments for a variety of reasons,” said Portalatin in an NPD report earlier this year.

Here’s a look at some of those other plant-based proteins — not beef or chicken alternatives — showing up at the center of the plate in restaurants:

Eggs: Just Inc. this year launched a plant-based alternative to liquid eggs, as well as an alternative-egg patty.

Made primarily from mung beans, Just Egg scrambles like an egg. It’s colored with turmeric to mimic the coloring of eggs.

Clover Food Lab, based in Boston, for example, in August launched a Just Egg sandwich pairing the scrambled product with seared bell peppers and caramelized onions — with the option of provolone — in a pita. It was a limited-time dish, but Clover officials said it was so popular, they decided to keep it on the menu for another month. 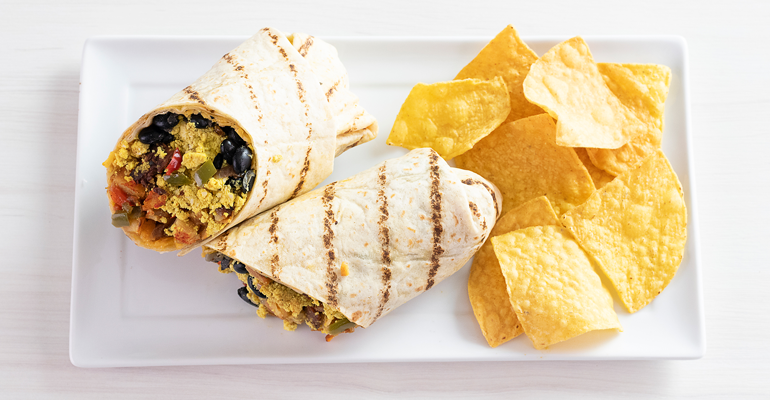 The All-Day Breakfast Burrito with Just Egg at Veggie Grill

“It started as an LTO, but now it’s on the permanent menu,” said Steve Heeley, Veggie Grill’s CEO. “When you talk about protein, one of the things people really like is eggs, and it’s been one of the holy grails in the plant-based world. Up to now, there hasn’t been a great egg substitute. Now Just has come out with this product that looks like egg, tastes like egg and cooks like egg.”

Crab cakes and fish: A growing number of companies are offering options in this category. Among them is St. Louis-based Hungry Planet, which offers the Match Meats retail line that includes plant-based crab cakes and fish, as well as non-meat alternatives to chicken, pork, Italian sausages and chorizo. 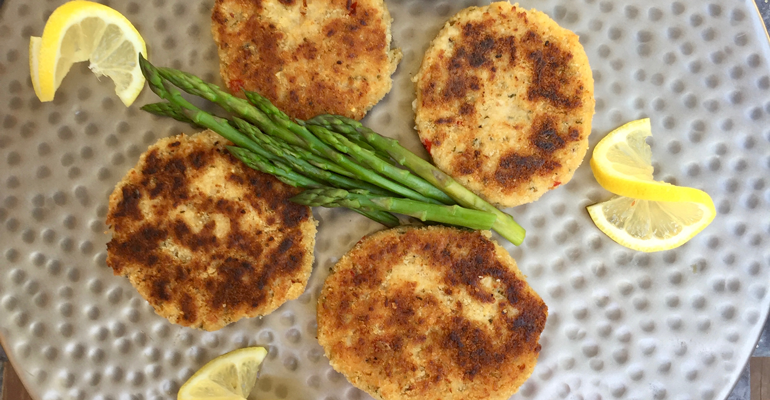 Todd Boyman, Hungry Planet’s CEO and co-founder, said the goal has always been to offer chefs a one-to-one substitute for conventional meat that can work in most recipes, and can be handled and stored the same way as animal products.

The crab cakes and fish products, which are used at Veggie Grill, for example, are made with soy and wheat proteins.

Flaked tuna: Good Catch next year is planning to launch a foodservice line that will likely include fish-free tuna, made from various beans and legumes with an algal oil from seaweed that gives the product an “ocean flavor,” as well as the omega-3 nutritional benefits, said Naomi Canty, Good Catch vice president of foodservice. 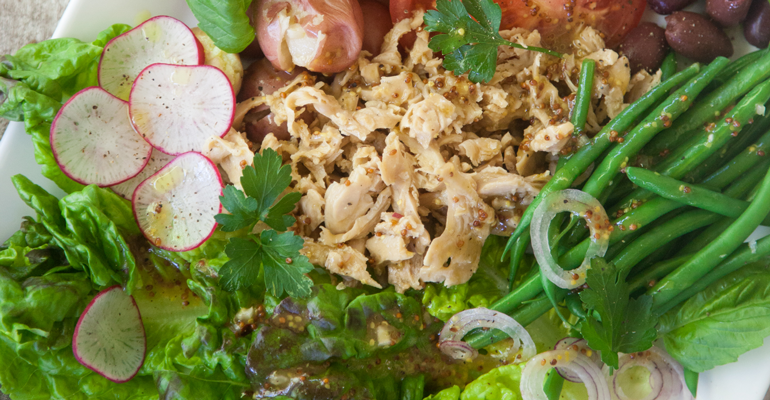 Vegan sushi: Ocean Hugger Foods makes a plant-based alternative to raw tuna, called Ahimi, which is in select sushi venues in Los Angeles and New York, as well as certain Whole Foods Market locations. This fish-like product is made from tomatoes.

Poke: The Montreal-based fast-casual chain Copper Branch is bringing its entirely plant-based menu to the U.S. for the first time in November, with a franchised unit scheduled to open in New York City.

Copper Branch is developing a poke bowl using smoked watermelon, which is expected to appear as a limited-time offer early next year, said CEO Rio Infantino of Copper Branch. “It looks and tastes like salmon,” he said. “It’s all-natural and we smoke it in house. All the stores have combi ovens.”

Shrimp: Sophie’s Kitchen has a seafood line that includes plant-based shrimp made with konjac (an Asian tuber) and pea and potato starch. San Francisco-based New Wave Foods is also developing a line of plant- and seaplant-based shrimp alternatives, reportedly made with algae oil and pea protein.