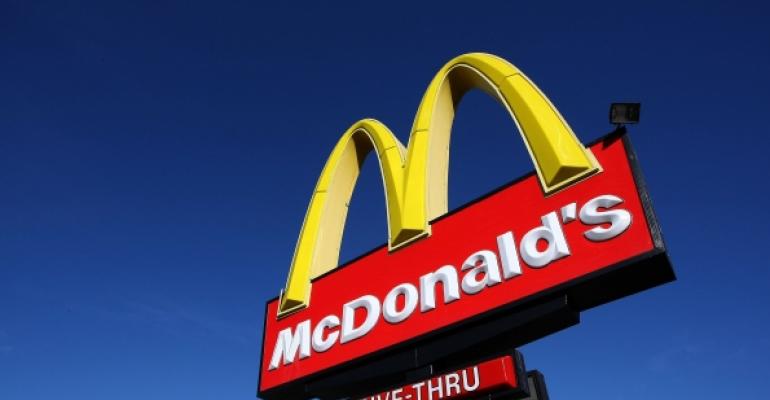 McDonald’s Corp. has removed all human antibiotics from its chicken supply, nearly a year ahead of schedule, the company said Monday.

The company made the announcement on the same day it said it was removing artificial preservatives from many of its products, and that it plans to stop serving buns made with high fructose corn syrup.

The shift to a more natural menu is part of a broad effort by the burger giant to improve its reputation among consumers who are increasingly concerned about the quality of their food.

“We’re creating a different food culture here at McDonald’s,” McDonald’s USA president Mike Andres told a gathering of media at the company’s soon-to-be-vacated headquarters in Oak Brook, Ill. “As a leader, we have an obligation to make big changes that impact the industry.”

Last year, McDonald’s vowed to remove human antibiotics from its chicken supply by March 2017, a significant commitment for the chain, which has 14,000 locations in the U.S. and is a major seller of chicken.

Antibiotic-free chicken is already available at McDonald’s, meaning the chain beat its goal by several months.

“It was something we knew we were going to be able to do,” said Marion Gross, McDonald’s chief supply chain officer. “We use antibiotics minimally in our supply chain.”

Gross said the company focused on chicken first, because it has a “fully integrated supply chain,” meaning it manages nearly every aspect of its chicken supply chain, “from egg to chicken.”

“We have more controls around chicken,” Gross said. “When you have strong collaboration with suppliers, you can make big things happen.”

The company eliminated an artificial preservative from the cooking oil it uses to make its Chicken McNuggets. It also eliminated preservatives from eggs used for its biscuit and McGriddle sandwiches, as well as scrambled eggs.

McDonald’s is also rolling out new buns this month for its Big Macs, Quarter Pounders, hamburgers, cheeseburgers and other sandwiches, which are made with sugar rather than high fructose corn syrup.

The changes come as McDonald’s works to improve its core menu and burnish its image. The chain has made changes to its salads, replacing iceberg lettuce with a mixture of romaine, baby spinach, baby kale and red leaf lettuce.

It added Buttermilk Crispy Chicken, started using real butter on its Egg McMuffins and committed to shifting to cage-free eggs by 2025. Since McDonald’s made that commitment in September, more than 100 companies have followed suit.

McDonald’s is focused on improving its core menu items as it works to continue to build sales.

“The core menu is essential to our strategy moving forward,” Andres said. “We want to make the core menu the best it could possibly be so people taste the core menu again. If you look at pricing and configuration, it’s about helping people get to the core menu.

“You’re going to see continued news around the core menu,” he added.