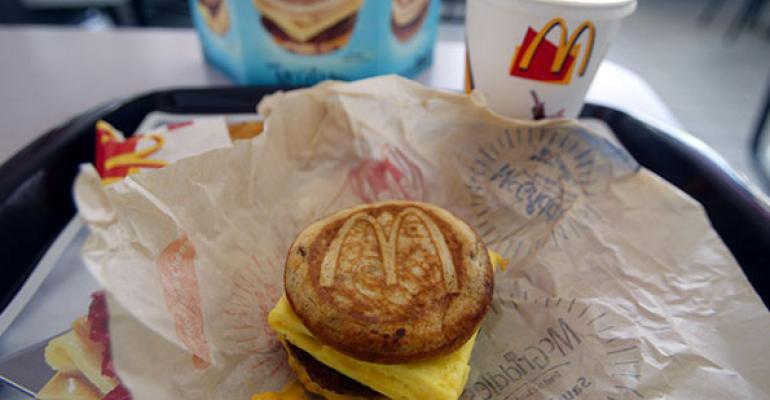 McDonald’s Corp. plans to start offering breakfast all day nationwide on Oct. 6, after franchisees of the quick-service operator approved the plan this week, the Wall Street Journal reported Tuesday.

Franchisees approved the operational change last week, and a franchisee leadership council affirmed the vote Tuesday, according to the Journal.

The company’s decision to start selling Egg McMuffins and other breakfast items at lunch and dinner represents a major shift in attitude for the Oak Brook, Ill.-based chain, and arguably one of the biggest changes at the company in decades.

Customers have long requested breakfast items to be served after 10:30 a.m., when McDonald’s typically switches over to lunch. But the company has resisted such demands amid concerns that doing so would be too complicated.

Yet weak sales in recent years, along with naming Steve Easterbrook its new CEO in January, has the company rethinking long-held biases. McDonald’s started testing a limited supply of breakfast items in San Diego earlier this summer. It has since expanded that test into other markets, including Nashville, Tenn.