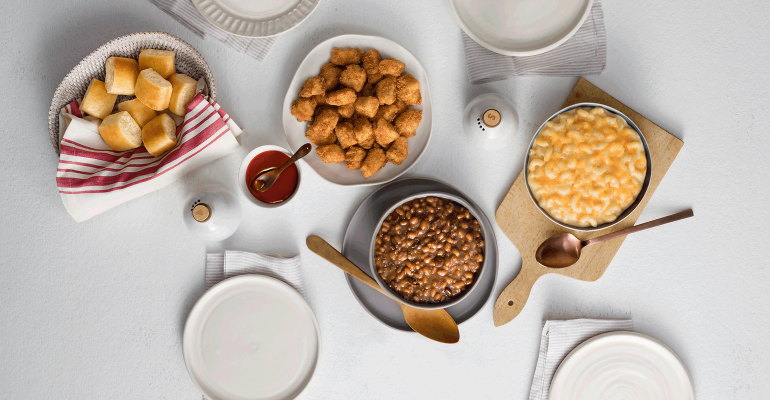 Growing number of customers are getting food to go

Chick-fil-A is testing a takeout meal package intended for families to eat at home, in a move to appeal to the growing number of customers who are getting their food to go.

The meals include one entrée, two sides and eight mini rolls intended to serve four people, starting at $29.99, with options for additional sides — including some new offerings — and drinks. Plates, utensils and condiments are included. The entrée options are 12 chicken tenders, four grilled or fried breasts, or 30 nuggets. Optional sides include existing side salad, fruit cup and kale-based Superfood Side, along with new bacon baked beans and macaroni and cheese.

The beans are cooked with bacon and brown sugar, and the macaroni and cheese features a blend of cheeses including Cheddar, Parmesan and Romano.

Chick-fil-A, in announcing the test, said 36 percent of the 2,085-unit chain’s dinner customers take their meals to eat at home. “Our customers told us that they wanted an even more convenient way to share meals at home or on the go, so we worked directly with a group of parents to design every part of Family Style Meals — down to the cutlery caddy that features five unique conversation starter questions to help customers connect over meal time,” menu development manager Matt Abercrombie said in a press release. “Mealtime should be an enjoyable experience that brings family and friends together, not an extra stress in the day.”

Chick-fil-A did not say how long the test would run, but said customer feedback would help determine whether the family meals and two new sides would be rolled out nationwide.