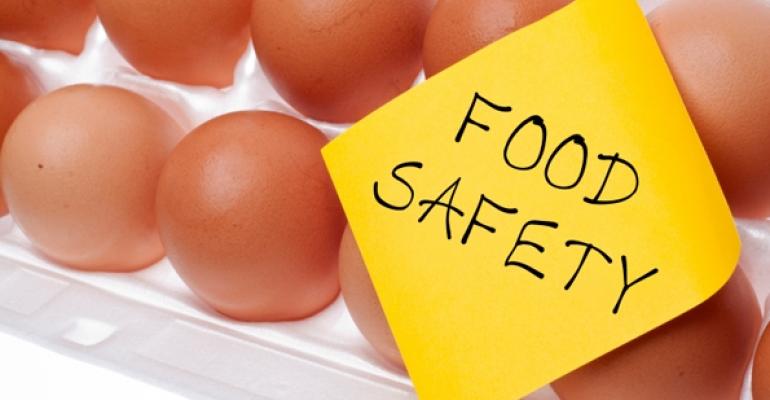 CDC reports find that more information is needed on environmental factors that contribute to outbreaks.

Restaurants are still falling short on several key foodborne illness prevention practices, according to a series of recent reports by the Centers for Disease Control and Prevention.

Restaurant food preparation and handling practices, worker health policies, and basics such as hand washing are factors that are often not reported during an outbreak, despite the fact that about half of the 48 million cases of foodborne illness that occur in the U.S. each year are associated with restaurants or delis, the CDC said. About 3,000 of the annual cases of foodborne illness are fatal.

The problem is in part because too little is known about the overall environmental factors that can lead to a foodborne illness outbreak and how they are investigated, the CDC said.

“Inspectors have not had a formal system to capture and report the underlying factors that likely contribute to foodborne outbreaks or a way to inform prevention strategies and implement routine corrective measures in restaurants, delis and schools to prevent future outbreaks,” said Carol Selman, head of the CDC’s Environmental Health Specialist Network team at the National Center for Environmental Health.

The report, however, pointed to systemic, rather than industry-wide, food safety problems, and are more likely to impact independent restaurants than chains, said Bill Marler, a personal injury attorney and foodborne illness expert who frequently files lawsuits on behalf of victims.

Big players, including multi-state restaurant operators and organizations like the National Restaurant Association have “done a remarkably good job” of improving food safety practices over the past decade, said Marler.

“The number of outbreaks at those sorts of restaurants have diminished substantially,” he said, while independents and smaller chains have become an area of greater concern. “The difference is resources and management,” he said.

According to the CDC report, the common practice of foodservice employees showing up for work when they’re sick continues to present a problem.

In a survey of 491 restaurant food workers, 20 percent said they had worked at least one shift in the past year despite being sick with vomiting or diarrhea, which are symptoms of foodborne illness. Workers expressed concern about leaving co-workers short-staffed and losing their job, the researchers found.

Policies that encourage workers to report illness to managers would mitigate such pressures, the report said.

Cross-contamination from handling raw beef or undercooked hamburgers was a problem area, the report found. After observing about 385 restaurants, workers who handled raw beef with their bare hands did not wash their hands afterward in 62 percent of cases. In addition, 49 percent of managers said they never measured the final cook temperatures of hamburgers, and more than 80 percent said they did not always use a thermometer to check if meat was cooked to the right temperature.

Many restaurants follow the Food and Drug Administration’s guidelines for handling shipments of leafy greens and keeping purchase records. However, most did not follow the FDA’s recommendations for refrigerating greens at 41 degrees or below. In temperature tests of 37 shipments of greens among 349 restaurants, more than half of the shipments had produce at temperatures above 41 degrees.

Many restaurants did not follow the FDA’s advice about preparing and cooking chicken, which is the most common food associated with death as a result of foodborne illness in the U.S.

Forty percent of managers at 448 restaurants said they do not always designate specific cutting boards for use only with raw chicken, and more than half said thermometers were not used to check final cook temperatures. Only 43 percent of managers knew the temperature to which chicken needs to be cooked to be served safely.

To get a better perspective on the bigger picture of the environmental causes of foodborne illness outbreaks, the CDC next year is scheduled to launch a new National Voluntary Environmental Assessment Information System, or NVEAIS, to improve data collection from foodservice inspection agencies.

In addition, the CDC will debut a new free e-learning course to help state and local health departments investigate foodborne illness in restaurants and other foodservice venues. The course is also available to members of the foodservice industry and the general public.