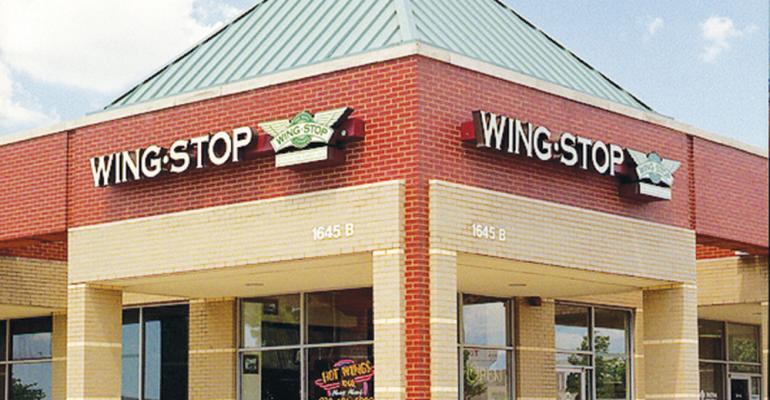 Shares surge as 3Q profit and sales increase across the board

Wingstop Inc., which launched its first delivery test in April at nine Las Vegas units, this week expanded it to the 50-unit Chicago market, the company’s CEO said Thursday.

“The results of these delivery test markets will provide the foundation for building a broader delivery strategy across the domestic Wingstop system,” said Charles Morrison, CEO of Dallas-based Wingstop, during the company’s third-quarter earnings call.

Morrison said the company was excited about the role delivery could play in the Wingstop business model. The first delivery test began in the mixed franchised and company-owned Las Vegas market in April, and Wingstop has partnered with third-party DoorDash on both.

“Our delivery test in the Las Vegas market continues to perform well,” Morrison said. “We are pleased to report that the initial uplift of 10 percent in same-store sales growth has sustained through Q3.”

Morrison added that the same-store sales increased were driven primarily by increased transactions, and the delivery programs had little effect on existing take-out business.

Wingstop selected Chicago as the second test market, he said, “primarily because of its population density and cold-weather seasonality.” Another delivery test will be launched in the next few weeks in “a smaller mature market to further evaluate the role that delivery can play in our core markets,” Morrison said.

The chicken-wing chain has also seen its digital orders increase, each of which produces a $5 higher average check, Morrison said.

“During the third quarter, digital orders rose to 21.5 percent of total sales, representing a 390-basis point increase from the prior-year period, continuing our sequential quarter-to-quarter growth without offering discounts on these orders to lure guests to convert,” he said. “More than 60 percent of our domestic restaurants are generating 20 percent or more of their sales online, up from just 32 percent in Q3 last year.”

To help keep menu prices and food costs in line, Wingstop is also expanding its “split menu” strategy that started in summer, Morrison said. It positions lower-cost boneless wings at a price point below the bone-in wings.

“This pricing strategy can help shift mix and result in overall lower food costs, while maintaining a great value for everyone with our boneless wing offering,” he said. “We have converted roughly half of the system to our new split menu, and we're pleased with the early initial results. We are on track to convert the rest of the system to the new split menu by the end of the year.

Morrison noted that the objective of the split menu is to take pressure off the bone-in wing by shifting mix to the boneless wings.

“I'd say the best metric to wrap your head around would be the expected improvement in food cost, which we estimate to be between 100 and 200 basis points for restaurants that implement the menu,” he said. “That may have some regional strength in markets where our boneless wing sales are lower, so we have some markets where it's quite high and does well. But in the markets where we really want to strengthen the boneless wing sales, that could have an even more meaningful impact, if implemented correctly.”

The split menu will be rolled out to the entire domestic system by year’s end, Morrison noted.

Wingstop owns and franchises 1,088 restaurants in the United States and abroad.