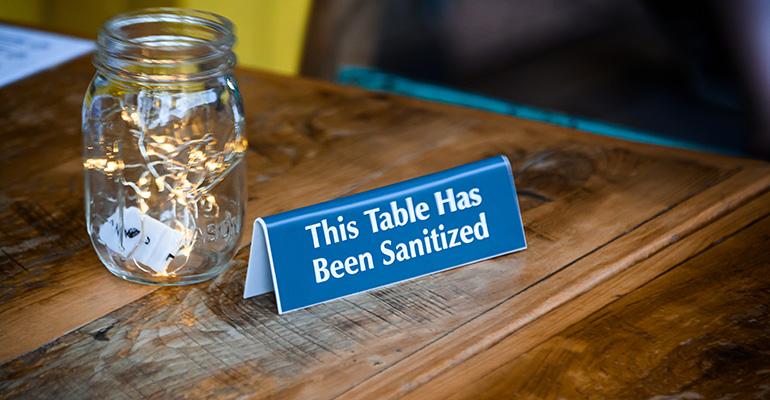 Restaurant sales continued recovering in July, but the pace at which sales have improved has slowed down considerably. This is likely an indicator of what lies ahead for the restaurant industry. Same-store sales growth was -15.1% year-over-year in July (see complete results for July in the recent report: “It’s a Mixed Bag of Results for Restaurants in July). July was the best month for restaurants for sales growth since February, before the devastating effect of the pandemic was felt on a national scale.

Much like restaurant sales and traffic, guest sentiment has also improved in recent months. Particularly important has been the recovery in restaurant intent-to-return. Although still not as strong as it was a year ago, July’s intent-to-return, based on guest online comments and reviews tracked by Black Box Guest Intelligence™, was the most positive it has been during any month after March. The regions with the highest percentage of positive intent-to-return mentions were Texas, the Western regions, Florida and the Mid-Atlantic.

As more restaurants are open for dine-in across the country, guest sentiment for restaurant food has also increased in positivity. The percentage of guest comments and reviews classified as positive that mentioned food for restaurants during July was almost on par with the food sentiment measured for the months immediately before the pandemic.

In the case of restaurant service, although sentiment has become much more positive over the last couple of months, the percentage of positive service mentions declined in July compared with June, which had the highest sentiment since COVID-19 hit the country at a widespread scale.

In this environment, guests are understandably extremely vigilant about restaurant-stated practices and their execution to keep them safe, but the data suggests they continue to rally behind restaurants and praise those that are doing a good job despite the many challenges. From a local perspective, some of the metropolitan areas that experienced some of the earliest major COVID-19 outbreaks led the country in highest overall restaurant net sentiment in July.

Back in February, the top 3 major markets based on highest restaurant net sentiment were Orlando, Phoenix and Tampa. But by July there were some interesting additions to the list. The top 3 markets with the highest restaurant net sentiment, listed in order starting with highest sentiment were: New York, Orlando and Philadelphia. Back in February, New York did not even crack the top 10. Philadelphia and New York are also in the top 3 based on restaurant intent to return sentiment, which bodes well for an area that has been deeply affected by the sales downturn.

Though guest sentiment for each of the components of the restaurant experience* became more positive in July compared to where they were back in April and May, there is one notable exception when studying the change in guest sentiment year-over-year. Guests were not as positive during the last month as they were in July 2019 when it came to reviewing restaurant food, beverage, service and value. But guests did become more positive year-over-year when discussing restaurant ambiance.

On the surface, an improvement in ambiance scores may be surprising considering we are in the middle of a pandemic. But closer inspection of the sub-components of the ambiance attribute reveal the biggest gains are coming from sentiment based on cleanliness. Guests remain extremely watchful on restaurant practices related to ensuring cleanliness and safety, in some cases visiting the website prior to their visit to make sure the restaurant’s standards meet their expectations.

The improving ambiance and cleanliness scores suggest overall restaurants are doing a good job at meeting those expectations. Guests have remained extremely vocal in praising the efforts around health and safety from restaurant companies and their staff, in many cases listing specifically things they are doing right in the guests’ eyes. Words like “wiping,” “cleaning,” praise for online menus and social-distancing practices are present in many of those reviews.

In many cases, restaurant guests have expressed concerns and the fact that COVID-19 remains an important consideration when dining away from home directly in their online mentions and restaurant reviews. But what is most telling is that when explicitly mentioning terms related to the pandemic (words like “COVID,” “coronavirus” or even more generic mentions as “virus”), they seem to be more concerned with what the staff is doing and how they are handling the situation, than talking about specific measures such as wearing masks or gloves.

Analyzing the data compiled by Black Box Intelligence™ revealed that for every 10 guest posts or reviews explicitly mentioning COVID-19 or a related term, there were, on average, eight reviews that mentioned the restaurant staff. Words like “staff,” “server,” “manager” or “employees” were the ones most used. At the same time, for every 10 COVID-related mentions, on average, only two included keywords related to masks or gloves.

Naturally, this does not mean that wearing masks or gloves is not important in a restaurant setting. But it seems to be a good indicator that guests believe that it is up to the restaurant employees and managers to keep them safe. They are looking at their behaviors and responses when called out for perceived infractions. It is through the staff’s execution of the cleanliness practices and procedures that guests trust their cleanliness and safety expectations will be met.

Cleanliness is the new ambiance

Heightened attention to cleanliness will likely continue to dominate ambiance guest sentiment, as customers remain vigilant about sanitization and safety procedures while dining out. Guests are paying attention to employees and how they are acting inside restaurants with regards to keeping surfaces clean or wearing masks and gloves. Additionally, restaurant employees may amplify internal processes and procedures through various social channels.

To meet guest expectations, it is important for restaurants to make sure employees are equipped with all the tools and training needed to maintain cleanliness within restaurants, while making sure they also feel safe to come to work.

The Restaurant Guest Satisfaction Snapshot is produced by Black Box Guest Intelligence™. Guest Intelligence is tracking over 192 brands to benchmark customer satisfaction and is the only online tool that integrates with operational performance data to validate the impact on financial performance. The algorithm determining ranking brands is based on sentiment and determined by Black Box Guest Intelligence. Brands included in this monthly snapshot must have a total of at least 250 mentions for the month. Restaurants must have a minimum number of units to be eligible as well. DMA rankings consider only the largest 25 areas.