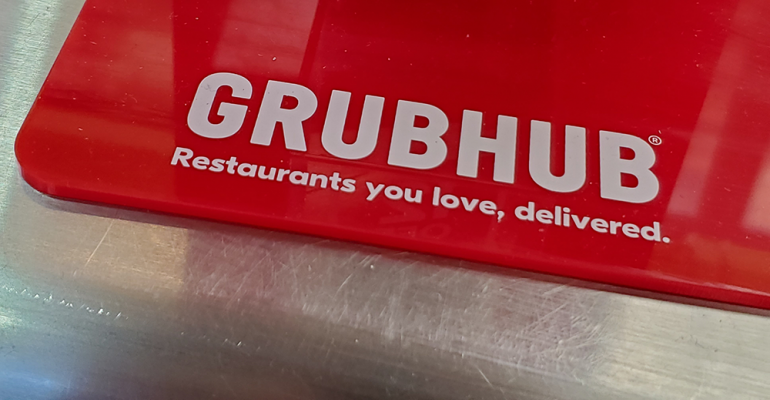 The Amsterdam-based company is looking into options that could include a full or partial sale of the U.S. delivery provider

Grubhub may be for sale again.

The third-party delivery player’s parent company Just Eat Takeaway, or JET, said this week it is actively exploring “the introduction of a strategic partner into and/or the partial or full sale of Grubhub.”

The statement from CEO Jitse Groen came during a trading update by the Netherlands-based company, which is one of the world’s largest online food delivery marketplaces. The statement noted that there is no guarantee the talks would lead to a deal.

JET agreed to acquire Chicago-based Grubhub in a $7.3 billion deal in 2020, which at the time created the largest food delivery company outside China, connecting restaurants with delivery partners in 25 countries. The Grubhub portfolio also includes Seamless, LevelUp, AllMenus and MenuPages. In March, JET said it has connected 634,000 restaurants in Europe and North America.

In filings with the Securities and Exchange Commission, JET said the supply base in the U.S. and Canada grew 24% to more than 371,000 partners in 2021, but that the delivery provider continued to face challenges as a result of the pandemic, including offering struggling restaurants commission rebates.

Several major cities across North American initiated fee caps — including New York and San Francisco — to limit the amount delivery-providers could charge restaurants during the months when delivery and takeout were the only option to remain in business.

And though those fee caps had expired in 2021, they remained in place, the company noted, and in Canada fee caps were extended to the end of this year. The caps had a 192 million-Euro impact on revenue, which grew 17% in the region year over year, JET reported.

At the time, Groen said it was a solution the company didn’t agree with.