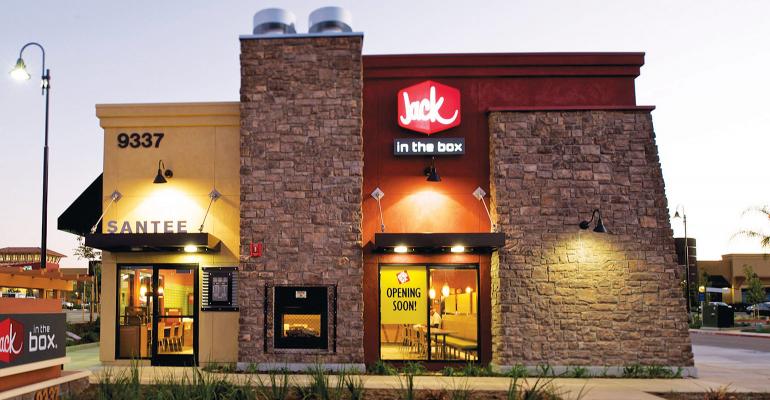 In an agreement with JANA Partners LLC, Jack in the Box plans to expand its board of directors, with the activist shareholder making the recommendation on who will fill the two additional seats, according to a regulatory filing made this week.

The move to expand the board from 9 seats to 11 seats comes a few weeks after The National Jack in the Box Franchisee Association called for the removal of CEO Lenny Comma, who is the board chairman.

The agreement calls for several conditions including allowing one of the two new directors to be a “partner, employee or affiliate or associate of JANA or its affiliates,” according to a regulatory filing made Monday.

Another key condition: JANA cannot “seek the removal of any member of the board,” the filing stated.

"We appreciate the open dialogue that we have had with JANA, and we welcome their ideas and constructive engagement with the company and our board,” Jack in the Box said in a statement. “Our conversations with JANA have shown that we are both deeply committed to serving the best interests of the company."

Michael Norwich, chairman of the franchisee association, said keeping the current leadership would not “effect the kind of change we need.”

“It’s a little disturbing,” Norwich said during a phone interview Tuesday morning with Nation’s Restaurant News. “We are operating in the dark right now.”

Norwich said the association has no confidence in the chain’s current leadership.

“It probably would not go over well with us if things stay status quo,” he said.

The Jack in the Box group represents 95 franchise owners who operate about 2,000 of the chain’s more than 2,200 restaurants. The group blames Comma, CEO and board chairman since January 2014, for “unsustainable loss in sales and transactions” at the chain.

Over the course of several months, the association has made multiple requests to conduct an audit of the chain’s marketing fund.

“We haven’t heard a response back,” said Norwich, adding that a 1999 legal agreement allows the group to conduct its own audits.

At issue is how Jack in the Box is spending marketing dollars, which are partially funded by franchisees.

“We just want to make sure, we’re getting the most bang for our buck,” he said. “We don’t know how it’s being spent.”

Jack in the Box said it remains "open to working with the NFA, as we always have, to address any legitimate concerns."

"As the company stated previously, we believe the viewpoints being expressed by the NFA leadership are not reflective of the entire franchise community, and we will continue to work with all of our franchisees to develop and refine our strategy for success, and ensure our ultimate goals are fully aligned,” the company said in a statement. “We remain focused on balancing the interests of all our stakeholders, including our franchisees, customers, employees, and shareholders."

For the third quarter reported in August, systemwide same-store sales at the Jack in the Box edged up 0.5 percent. In the prior two quarters of 2018, comparable restaurant sales decreased 0.1 percent and 0.2 percent.