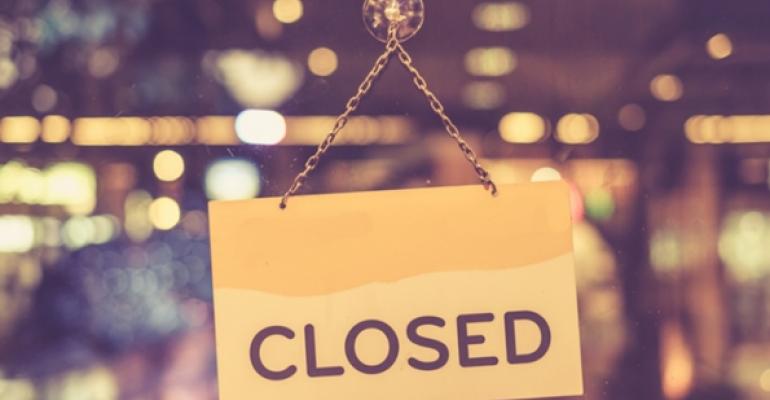 The owner of sports bar chains Fox & Hound and Champps closed 25 locations, even as the company received a lifeline that will enable it to operate long enough to be put up for sale, according to bankruptcy filings and the company.

Kelly Investment Group, a private-equity firm out of California that specializes in restructurings, has emerged to keep the chains’ owner, Last Call Guarantor LLC, from being shut down.

Fun Eats and Drinks LLC, a Kelly subsidiary, recently acquired the rights to $75 million in first lien debt that Last Call had owed to Antares Capital. Kelly Investment then agreed to provide $5.4 million in financing to enable the company to continue operating through an expected auction next month, according to the filings.

Without the financing, Last Call said in bankruptcy filings that it would “not able to continue their business operations beyond August 30” through the use of available cash and needs the financing.

Indeed, just 10 days ago, Antares in a bankruptcy filing expressed doubt that any bidder for the company would emerge and pushed to have the bankruptcy converted to a Chapter 7 — which would have shut down the restaurants and the operation.

“More than two months ago, [Last Call] hired an investment banker,” Antares said in its filing. “More than six weeks ago, potential bidders were contacted. More than four weeks ago, confidentiality agreements were signed and bidders were given access to sale information. More than two weeks ago, the deadline for indications of interests from potential bidders passed. No one has come forward with a viable bid. It is highly unlikely that anyone will come forward with a viable bid.”

Last Call’s bankruptcy is its second since 2013. The company filed for federal debt protection with $117 million in debts. In bankruptcy documents, the company blamed a series of problems and failed decisions for its financial problems, including high turnover after it shifted workers to part-time in response to health care requirements.

Going into the bankruptcy, Fox and Hound had 48 locations, Bailey’s had nine and Champps 23.

DMV Maple Investments controls Last Call, having acquired control of the company from the investment firm Cerberus last May.

Last Call has been seeking a buyer for its restaurants since June. Some potential buyers started working directly with the company’s lender, Antares Capital. One of those buyers, Kelly Investment Group, agreed to buy Antares’ debt.

In so doing, that put Kelly in the driver’s seat in Last Call’s bankruptcy. First-lien lenders are the first to be paid back in a bankruptcy.

Last Call then approached Kelly about financing to get it through next month’s auction.