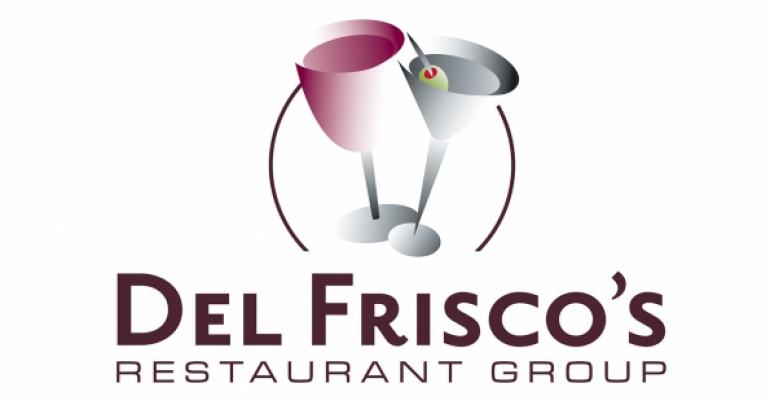 Executives at the Irving, Texas-based upscale-dining company, which has been discussing a sale of its third steakhouse brand for the past two years, said its board had authorized management to look at a potential sale.

“We therefore think it is appropriate to consider strategic options for Sullivan’s Steakhouse but of course cannot provide any assurance that this process will lead to any specific course of action,” Abdallah said.

In the fourth quarter, the company also stopped lunch service at several of the Sullivan’s units, which contributed to a decline in same-store sales of 10.8 percent at the division for the quarter ended Dec. 26. Same-store sales at the Del Frisco’s Double Eagle Steakhouse rose 1.2 percent in the quarter and at Del Frisco’s Grille they increased 0.9 percent.

The Sullivan’s decline, Thompson said, consisted of a 15.5 percent decrease in traffic and a 4.7 increase  in average check. The traffic decline, he added, was “in part due to the elimination of lunch at seven select Sullivan's locations beginning in the second quarter of 2017.”

If the company were to sell Sullivan's, Thompson said, Del Frisco’s anticipates a savings of $500,000 at the corporate level and in capital expenditures, as one Sullivan’s remodeling is planned.

While it considers strategic options for Sullivan’s, Abdallah told analysts that the company had put it had put the franchising program announced last year on hold, returning “all the materials and agreements for Sullivan's.”

Del Frisco’s is “really looking at a parallel path” for the brand, he added, be it “a sale or the asset-light approach that we've talked on previous calls.”

As for marketing of its brands, Abdallah said the company invested heavily in digital platforms in the fourth quarter.

“Our approach in Q4 and on a go-forward basis is 70 percent digital,” he said, adding that was “an appropriate balance to getting the right message to the right people at the right time, driving visitation and increasing our relevance on social media.”

Del Frisco's Restaurant Group, which went public in 2012, has 53 restaurants in 23 states and Washington, D.C.