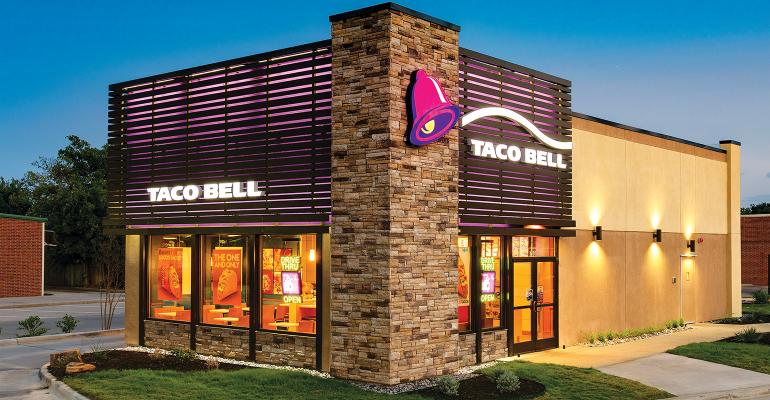 More customers went into Taco Bell early in 2017, and many of them were buying Naked Chicken Chalupas.

The Mexican quick-service chain’s same-store sales increased 8 percent in the first quarter ended March 31, with much of it coming on a 5-percent increase in transactions in the period.

Much of this traffic came in for the company’s Naked Chicken Chalupas — Chalupas, but with a shell made from fried chicken.

Taco Bell said it sold 25 million of the Chalupas.

Suffice it to say, Taco Bell wants to do more of it. And indeed, the company recently announced plans for Naked Chicken Chips. “We plan for more naked products,” Creed said. “We’d be crazy not to.”

Executives on the call said the success at Taco Bell isn’t just from that product. “They had a great quarter,” Creed said. “It was strong across the board.”

He said the brand has been successful with both premium and low-priced products and has enjoyed “world class marketing.” “I do believe the team has turned this into a cult brand,” Creed said. That’s hard to do with a $10 billion brand, he noted.

Creed also said Taco Bell has a calendar of products “for the next couple of years” that should keep sales coming while also enabling the brand to react “flexibly” should anything unexpected happen.

Yum’s KFC brand also had growth in the U.S., which generated 2 percent same-store sales growth. That was KFC’s 11th straight quarter of growth, and Creed said the increase came entirely from transactions.

“I like sales that come from transaction growth, rather than from pricing,” Creed said.

Creed said that the company’s Colonel campaign, which has used a series of actors and comedians to play the role of Colonel Sanders in its ads, has worked to generate more consistent sales. The current colonel is actor Rob Lowe.

But he also said the company’s improvement has come from more product availability and improving operations.

KFC’s Georgia Gold product generated sales, and the company felt strong enough about its operations to bring its popular Zinger chicken sandwich to the U.S. — the Zinger is a popular product globally.

Executives have high hope for the sandwich, given the general popularity of chicken sandwiches and the product’s own popularity around the world.

Yum announced plans to invest $130 million in Pizza Hut in the U.S. to help reinvigorate the brand.