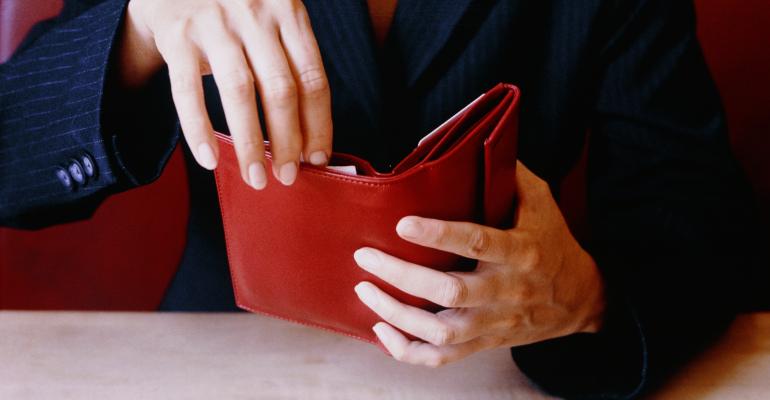 We know consumers are sick of the higher menu prices restaurant operators have implemented to protect their margins. In fact, they’ve now identified a threshold.
Finance

Consumers are sending a mixed signal on their discretionary spending

It’s hard to get a pulse on the current consumer macroenvironment and how that applies to restaurants. We all know inflation has been a relentless beast. We know low-income consumers are getting hit particularly hard.

We know consumers are sick of the higher menu prices operators have implemented to protect their margins. In fact, they’ve now identified a threshold. New data from Revenue Management Solutions finds pricing increases beyond 10-to-13% affects traffic. Food-away-from-home inflation is up 8.5% this year, so on average, restaurants fall below that threshold. That’s not to say consumers are thrilled, however. A new report from Yelp finds that consumers are increasingly searching for cheaper dining options, as searches related to quick-service and fast casual concepts are up by 10% versus the second quarter, and up by 8% year-over-year.

But the bigger picture is far more nuanced than that. Consider, for instance, Netflix. The company blew its Q3 expectations out of the water, adding over 2.4 million subscribers despite raising prices earlier this year. Inarguably, Netflix is a “nice to have,” not a “must have,” so these results could support consumers’ willingness to maintain their discretionary spending, inflation be damned.

According to Tom Bailey, Rabobank senior consumer foods analyst, this mixed picture means consumers are cutting back in some areas to allow them to spend in others. This trend extends to restaurant spending.

“For example, restaurant sales fell 6-to-7% in Q3, but café/coffee did not fall as much as others, indicating that consumers are still seeking their moments of indulgence,” Bailey said.

Starbucks Q3 results support this synopsis, as the chain generated a slight uptick in traffic and its highest sales week in company history.

Restaurants may also have a share-of-stomach advantage in the current climate as grocery inflation increases at a higher clip, at just over 13%. As such, there has been a shift in demand for food-at-home and, according to Bailey, consumer spending at premium grocers fell 2% in September. Meanwhile, overall consumer spending in restaurants trended modestly higher in the past two months, according to the National Restaurant Association.

Perception may also be working in restaurants’ favor. According to Dunnhumby’s most recent Consumer Trends Tracker, for instance, Americans believe that food-at-home inflation is nearly 23%, or nearly 10 percentage points higher than the actual rate. Still, Bailey cautions things right now are not so black and white.

“The restaurant picture is unlikely to get much of a boost in demand due to the relative lower inflation rates than retailers,” he said. “Instead, it will be about restaurants being able to adapt to more cautious consumer spending and providing value and experiences.”

In other words, though consumers may be willing to spend a little more now for a trip, a Netflix subscription and a Grande Caramel Macchiato, the road remains long and bumpy. Rabobank is forecasting a recession in the third or fourth quarter of 2023, for instance.

“Demand will continue to be nuanced and volatile for months to come with these higher prices and the shifting labor market – job openings lowering, et cetera,” Bailey said. “Q3 to Q4 2023 is when we would expect to see a more abrupt cut back in spending that will be less nuanced and more broadly negative.”

Rabobank isn’t alone with its recession forecast. A Wall Street Journal survey published earlier this week shows that 63% of U.S. economists believe a recession will occur in the next 12 months, versus 49% from July, citing relentless inflation and job cuts as the biggest drivers. If or when those predictions come to pass, Bailey said certain restaurant brands will be better positioned.

“Size will play a big role. It will also come down to financial positions and debt levels, pricing management, product relevance, and the ability to shift with consumers,” he said.

If the Great Recession of 2008-09 is an appropriate barometer, McDonald’s and Chipotle generated the strongest same-store sales throughout those four quarters of GDP decline, according to Barrons. Coincidentally, a new report from Placer.ai identifies those two brands as current benchmarks of post-pandemic success. Both, the report notes, have experienced strong traffic increases despite pricing increases and traffic declines elsewhere. Both seem to fit consumers’ definition of value.