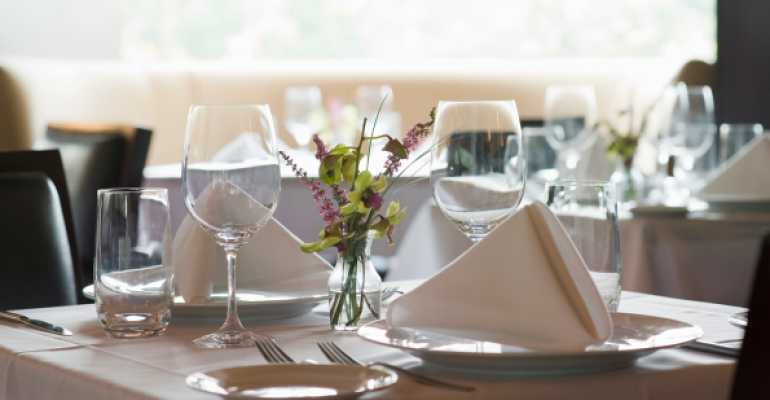 The downturn for most of the restaurant industry continued during September. Same-store sales were negative for the fourth consecutive month and chain restaurants endured another period of declining guest counts. Even restaurant job growth, which until recently had been posting solid gains, dropped considerably. This insight comes from data reported by TDn2K through The Restaurant Industry Snapshot, based on weekly sales from nearly 25,000 restaurant units and 130+ brands, representing $64 billion dollars in annual revenue.

Same-store sales growth for September was -1.1 percent, a decline of 0.5 percentage points from August. “The key driver behind the fall in sales during September was a decline in traffic, which continues to be the biggest challenge for chain restaurants,” said Victor Fernandez, executive director of insights and knowledge for TDn2K. “After improving slightly in August, traffic fell -3.5 percent in September. Traffic counts have fallen by at least -3.0 percent in four of the last six months.”

The third quarter of 2016, at -1.0 percent same-store sales growth and -3.4 percent in traffic, was the weakest quarter since the second quarter of 2010. Year-to-date results also present a sobering picture. Through September, 2016 sales growth was -0.6 percent, driven by a troubling -2.8 percent change in traffic. At the current pace, 2016 would be the weakest annual performance since 2009, when the industry was recovering from the recession.

Third quarter and 2016 results are, unquestionably, factors in the recent spate of organizational announcements. During the past few months, a number of bankruptcies have been reported, along with unit closures and executive changes. The industry continues to search for ways to revitalize traffic in an environment where general economic activity, including consumer sentiment, is relatively strong.

“The economy continues to expand at a pace that makes few happy,” commented Joel Naroff, president of Naroff Economic Advisors and TDn2K economist. “Still, job gains remain reasonable and the main reason the unemployment rate has not declined is that growing confidence in the ability to find a job has brought more people into the labor force. That is a normal pattern, but it was delayed in this cycle. Wage gains continue to accelerate and this is leading to more spending on everything, especially food. Indeed, when all eating and drinking establishments are accounted for, retail sales for the sector were up 6.4 percent for the first eight months of the year. That is much faster than the 2.9 percent gain for all retailers. Growth in sales at restaurants has slowed recently, but only modestly according to the government’s numbers. There is no recession in the sector as households continue to eat out.”

While same-store sales remain negative, new restaurant units continue to be added, albeit at a slower rate. No doubt some of this might be attributed to real estate deals that were in place prior to conditions slowing. But, the unit growth points out that some segments and brands are finding success navigating the market turbulence.

Quick service is an example. The quick-service segment was the top performer based on same-store sales in the third quarter with growth of 2.2 percent. All other segments were negative (except upscale casual, which was flat). Besides growing sales in existing restaurants, quick service (the largest segment in the industry based on sales) also posted the highest total sales growth during the first half of 2016, growing at a rate of 4.7 percent year-over-year.

The best performing region in the third quarter was California. It was the only region with positive sales in each quarter of 2016. California also had the largest absolute gain in year-over-year personal income for the second quarter, which likely translated into positive restaurant spending in recent months. The weakest region in the third quarter was again the Southwest, a distinction it has held for the last four quarters. Income growth seems to be a factor here as well. Of the four states included in this region, three (New Mexico, Louisiana and Oklahoma) are among the 10 states with lowest personal income year-over-year growth rate during the second quarter.

After growing at an average 3.7 percent year-over-year during the first seven months of the year, the creation of new chain restaurant jobs has slowed down since July. The growth rate for August was a modest 0.7 percent, according to TDn2K’s People Report. Even if this may alleviate some of the staffing pressures for restaurants, turnover rates for both hourly employees and restaurant management positions increased again during August. The industry has been experiencing an upward trend in its turnover rates for the last five years. Restaurant management turnover is now higher than it was before the recession for all industry segments and employee retention has been cited by most restaurant operators as one of their most critical challenges for 2016.

The People Report Workforce Index for fourth quarter predicts continued staffing and retention difficulties for the industry. Combined with the declining sales growth for many brands and segments of the industry, significant challenges are expected through the end of the year.