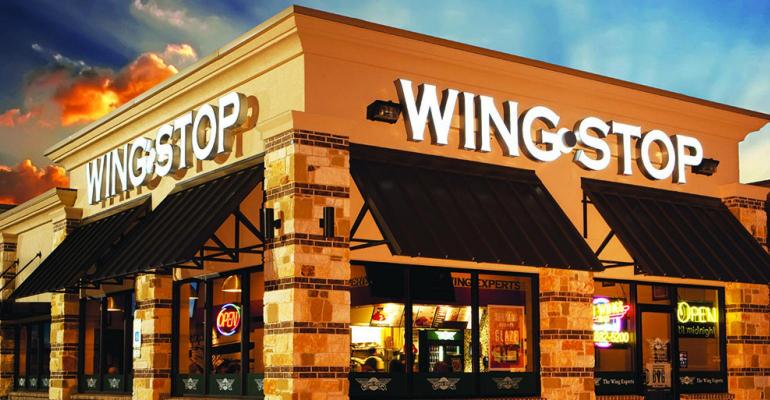 Wingstop believes the worst of wing inflation is over

Wingstop reported that after seeing double-digit sales growth in 2020, same-store sales continued to increase in 2021, by 7.5% in the fourth quarter of the year, the company said Wednesday.

“In March 2020 our world changed dramatically,” Wingstop CEO Charlie Morrison said on the earnings call. “No one prepares for a pandemic, but Wingstop was ready. … We settled into a year of record growth for the brand. Many thought it would be hard for Wingstop to eclipse that year of record growth for the brand. As we sit here today, we are happy to say we lapped that number.”

Digital sales accounted for 61.3% of those sales in the fourth quarter ended Dec. 20, 2021, comparable to the prior fiscal fourth quarter.

While Dallas-based Wingstop wasn’t immune to the chicken shortage, its executives do believe it’s almost over.

“We believe the worst is behind us,” Wingstop CFO Alex Kaleida said in regard to wing inflation.

The effect of total price increases was 10%, of which half was passed on to customers, according to Kaleida, something he hopes will level out to 1% to 2% in the next year.

Unit growth was a huge element for the brand in 2021 as systemwide restaurant count increased 12.5% to 1,731 worldwide locations with 193 net openings. That doesn’t include the 700 new franchise commitments that the brand saw last year.

“We are not in a turnaround, we are in a continued growth phase that will take us into 2022,” Kaleida said. “This is not just the story of a great quarter or a great year.”

The brand’s ultimate goal is to have 4,000 domestic restaurants and 3,000 international restaurants.

Wingstop also introduced a new brand in 2021 — Thighstop, allowing the chain to capitalize on a less expensive part of the chicken.

“I think it’s done what we hoped, which is how to understand how to use more parts of the bird,” said Morrison. “It’s done its job to mitigate the volatility of the market,” he added.

Wingstop also opened its first restaurant in Manhattan this winter in preparation to take on more of the Big Apple.

“We expect to show up in a big way in New York City and are excited for the potential,” said Kaleida. “We believe our culture is a differentiator in becoming a top-10 global restaurant brand.”