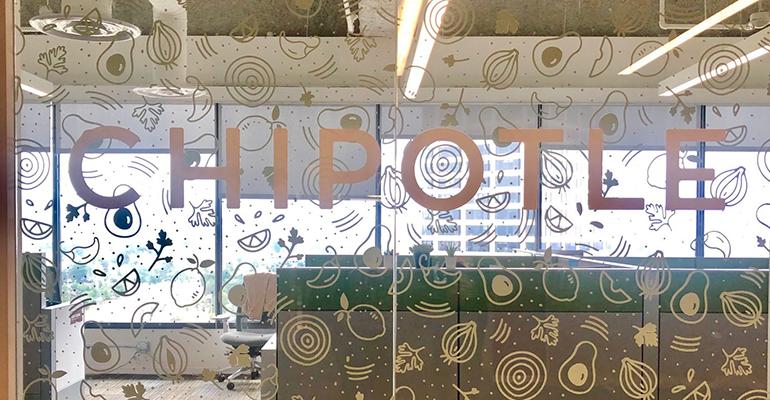 NRN editors take you beyond the headlines and offer perspectives on the issues and events shaping the industry. Get more inside takes from Behind the Story >>

This might sound crazy but Chipotle Mexican Grill and I have a lot in common.

We’ve been knocked down a few times, but don’t count us out. When I moved to Denver from Southern California last summer after my husband took a job in the Colorado capital, I thought: “Cool. A fresh new start. Maybe I’ll arrive before Chipotle relocates to Orange County.”

After arriving in Denver, I sent company spokeswoman Laurie Schalow an email asking to meet for lunch. Turns out, I missed everyone by a few days. She and her colleagues were unpacking boxes in their new HQ in Newport Beach, Calif.

As fate would have it, my husband’s job didn’t work out, so we packed up and went home in the fall. I contacted Schalow, again, hoping for a meeting.

It took six months, but I finally made it to the offices in March to interview chief marketing officer Chris Brandt and chief technology officer Curt Garner, who humbled me when he told me he’d been following my industry coverage for years.

The office vibe was fun and the views spectacular. Garner’s 13th floor corner office overlooks million-dollar homes, while meeting rooms, named after ingredients, had breathtaking ocean views. I ran into many recent hires, including a few former Taco Bell employees. Everyone was giddy and relaxed.

“There were plenty of good people in Denver. And some of them we brought [to California]. But there were a lot more people that were just happy to live in Denver than they were happy to be at Chipotle,” Brandt said.

Leaving Denver seems to have given Chipotle a fresh start with people who truly want to work with the brand.

I can relate. Sometimes it takes a big move, or the prospect of one, to figure out where you belong.