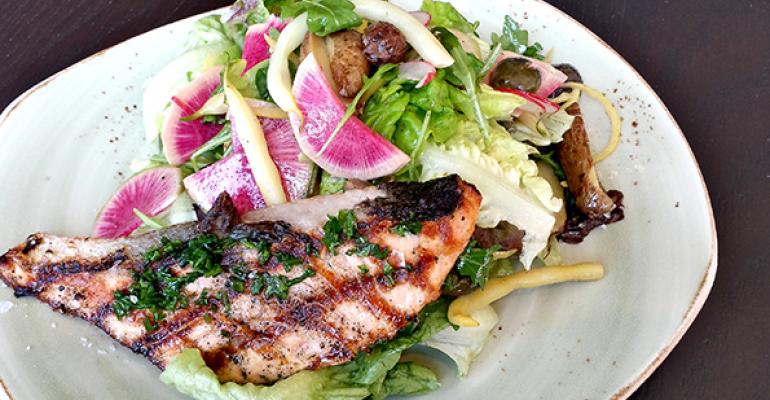 Danny Meyer, CEO of USHG, who also founded the Shake Shack chain, will join the board of Culver City, Calif.-based Tender Greens as part of the investment, the companies said. Other terms of the deal were not disclosed.

Tender Greens, which has 18 units, said it would use the investment to grow the brand beyond California. The company opened one new location earlier this year, in Glendale, Calif. It plans to open four more units by the end of the year, in Los Angeles and San Diego.

“We are thrilled and honored that USHG and ACG saw the value and the opportunity to invest in Tender Greens and introduce more people to our inspired food, passion and friendly service. We waited to find the right partner who shares our same philosophy about building a company that we would want to work for and that everyone would love,” David Dressler, Tender Greens co-founder, said in a statement.

“Every now and then, I’ll visit a restaurant and love the idea — the food, the people, the culture — so much that I wish I’d thought of it myself. That’s exactly what happened with Tender Greens,” Meyer said. “Up until now, we’ve built our company by planting seeds from scratch, and then growing them ourselves.”

USHG created New York-based Shake Shack and spun it off in a $105 million IPO in January.

“I’m so excited for USHG to champion a like-minded company whose entire team shares our passion for culinary excellence and Enlightened Hospitality,” Meyer added.

USHG said its investment in Tender Greens was the first of its kind in the company’s 30-year history.

Tender Greens is also developing hydroponic growing systems, including growing towers on restaurant properties, to supply some of its produce.

“By welcoming Union Square Hospitality Group and Alliance Consumer Growth to our table, we begin our next chapter with a strategic partner who has a collection of the finest restaurants in New York with 26 James Beard Awards to their credit,” Dressler said.

Alliance Consumer Growth has made earlier restaurant investments, including Shake Shack, before its IPO, and Tampa, Fla.-based PDQ Restaurants.

Correction: July 14, 2015  An earlier version of this story incorrectly identified the founders of Tender Greens in the second photo.

Correction: July 16, 2015  Due to an editing error, an earlier version of this story misidentified Tender Greens' positioning. It is a fast-casual concept.