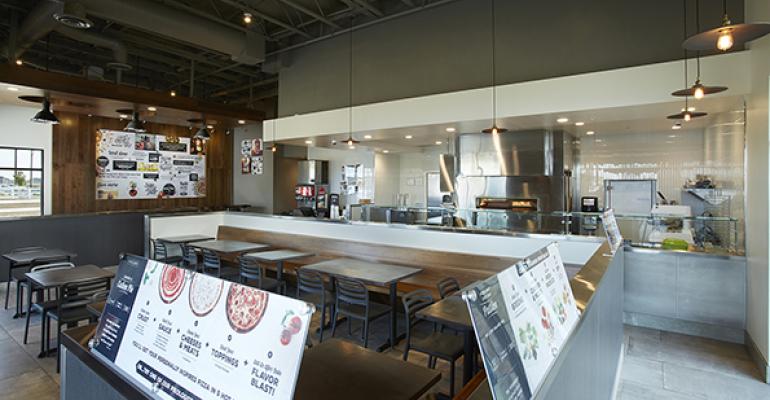 Carl Chang, founder and CEO of Rancho Santa Margarita, Calif.-based Pieology, said the fast-casual pizza chain just opened its 61st restaurant and is gunning to pass 110 locations before the end of the year.

Pieology, which was founded in 2011, is still young and evolving, Chang said.

“As we grow, we’re continuing to learn and find out new things about the concept and what appeals to different people,” he said.

Pieology has offered salads since it was founded, but they were typically pre-packaged side salads, albeit made fresh daily. In time, customers began to ask if they could add toppings to salads, as they can with pizza, so the chain decided to test build-your-own salads.

“Some guests were saying, ‘Hey, can I put this or that on my salad,’ so we decided to embrace it,” Chang said. “Our culture has been embracing whatever our customers want and what they want to explore.”

The option is available in about six units, with various salad combinations, including roughly 10 to 12 ingredients, Chang said. Signature classic or Caesar salads, which can be personalized with toppings, are priced at $7.95, or customers can choose custom salads priced at $9.95 that they build themselves. The salads are generously portioned for sharing.

If the customizable salads perform well in test, Pieology will roll them out systemwide, he said.

Pieology is also testing new decor, including the use of wood to create a warmer atmosphere, Chang said. Inspirational quotes on the walls attempt to tap into the brand’s goal of “making people feel good.”

Other elements are designed to highlight the use of fresh ingredients and guide customers through the ordering process, which is key as Pieology moves east into new markets. Menu boards have been simplified and include limited-time offers and specials, as well as explanatory sections titled “How it works: Pizza” and “How it works: Salad.”

“In local markets, a lot of people know what we are, but in other markets where we’re new, we’ve found it helps if the décor teaches people more what it’s all about,” Chang said.

Unlike most other fast-casual pizza players, which are largely franchised, Pieology aims to maintain a ratio of about 25 percent to 30 percent company-owned units as it grows.

“I’m still a believer in being one of the biggest operators in the system, so I can share equal voice,” Chang said.

Pieology does not disclose sales, but Chang said restaurants are reporting average unit volumes “north of $1.5 million” in about 2,000 square feet to 2,700 square feet.