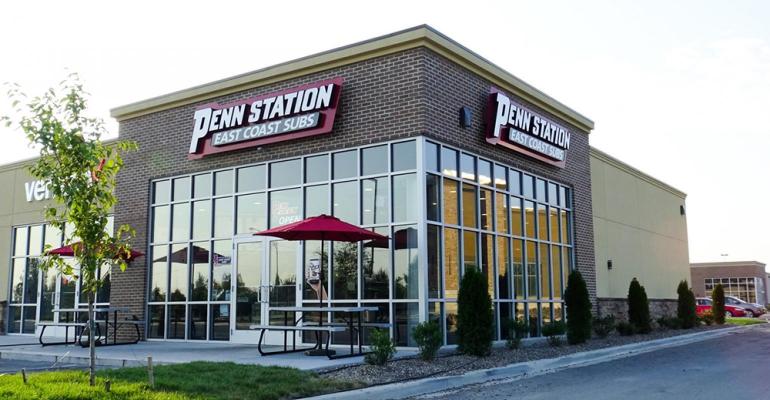 Penn Station onboarded Ammy Harrison as VP of Development and Strategy and overhauled its development department in 2021 to support future growth.
News>Fast Casual

“2021 brought new challenges to the restaurant industry with an extremely difficult labor market and unprecedented supply chain issues,” said Craig Dunaway, president of Penn Station. “Restaurants that were able to pivot and stay ahead of these challenges had a huge opportunity for growth. We are very proud of our franchisees and general managers for working so hard and leading from the top to help the brand succeed in 2021.”

Additionally, Penn Station onboarded Ammy Harrison as VP of Development and Strategy and overhauled its development department in 2021 to support future growth.

“As a brand, we decided the time is right to further expand our brand into new markets and to increase our unit count in more mature markets as well.  We are very excited about the progress we have made in just a few short months and our franchisees are excited about the growth opportunities and growing their business to the next level,” Dunaway said.

Penn Station also continued its support of local Down syndrome organizations and the National Down Syndrome Adoption Network (NDSAN) this year. Penn Station, Inc. donated $60,000 to NDSAN, and the restaurants hosted a roundup campaign in March, raising $146,000 for organizations across the country.

Founded in Cincinnati, Ohio in 1985 by Jeff Osterfeld, Penn Station serves an assortment of fresh-grilled and cold deli sandwiches, wraps and salads made to order with high-quality ingredients. The menu also includes fresh-cut fries, hand-squeezed lemonade made throughout the day and fresh-baked chocolate chunk cookies baked in the restaurant.

After graduating from Miami University, Osterfeld opened “Jeffrey’s Delicatessen” in 1983 at a mall in Dayton, Ohio. During a trip to Philadelphia to research the East Coast version of the sub sandwich, Osterfeld realized the popularity of that city’s famous cheesesteak sandwiches and began selling a similar version at his restaurant that quickly became a customer favorite. He opened the first Penn Station in Cincinnati in 1985 with four sandwiches on the menu, all prepared to order directly in front of the customer, along with fresh-cut French fries and hand-squeezed lemonade.