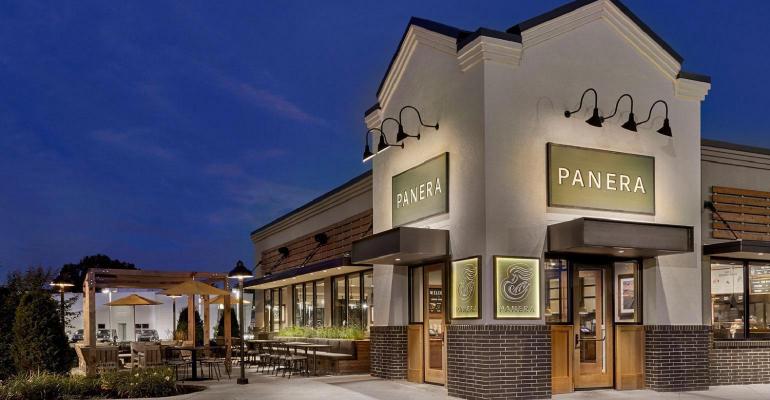 Panera is upgrading from carbon neutral to climate positive by 2050

Panera Bread plans to remove more carbon from the atmosphere than it emits by 2050, and use renewable electricity in half of its stores by 2025

Panera Bread announced Wednesday that the café/bakery chain is updating its climate goals with the intention of going climate positive (removing more carbon from the atmosphere than it emits) by 2050. Panera claims it is the first fast-causal chain to set a climate positive target.

On the way to climate positivity, the fast-casual chain also set shorter term goals for 2025, including increasing the percentage of its “Cool Food Meals” (low carbon footprint menu items) to 60%; transitioning to 100% circular packaging with the option to recycle, compost or reuse packaging; and using renewable energy sources like wind and solar in at least half of its stores.

Previously, Panera set a goal to reduce its direct carbon emissions by 15% by 2022, which it accomplished a year early. The brand also began labeling Cool Food Meals in October 2020, encouraging customers to order low-carbon footprint meals.

“As we started to think about what our long-term goal is for Panera and our footprint, we said, ‘neutral is not good enough,’” Sara Burnett, vice president of food beliefs and sustainability at Panera said. “There's going to have to be some organizations that step up and go beyond to climate positive.”

Panera is taking a long-term approach to these goals because the company wants to be in line with the Paris Climate Agreement.

“We'll first focus solely on reducing our carbon footprint as much as possible,” Burnett said. “And then we'll use different removal and restoration methods to actually remove and sequester carbon from the environment to reach climate stability […] So we also wanted to set short-term goals to start holding ourselves accountable now.”

Burnett said they’re already most of the way there with short-term goals: right now two-thirds of their packaging is circular, and they have innovative solutions in the pipeline for the remaining third, like fully compostable packaging. Recently, they also moved from putting to-go sandwiches in a box to putting them in a thermal heat wrap, which uses 60% waste and is compostable.

Panera will also be looking into more options for its menu to lean into the low-carbon meals, with room for more balanced meals in the future, including plant-based options.

“Expanding our [Cool Food Meals] is not only about reducing our carbon footprint, but also about providing more options for our consumers so that they can choose a low carbon entree and we are giving them the information they need to make that choice,” Burnett said.

Part of that process will be evaluating their core menu items to look for ways to improve upon and optimize their carbon footprint, though Burnett would not say specifically if any of their menu items would change or be tweaked.

Burnett is confident that her team is serious about the sustainability goals at Panera and will be doing frequent check-ins before the distant 2050 deadline.

“For us, it's not going to be about waiting till 2049 for but we'll continue to annually report on our greenhouse gas emissions with a full breakdown like we do today and show our progress,” Burnett said. “Our goal is that the public holds us accountable.”