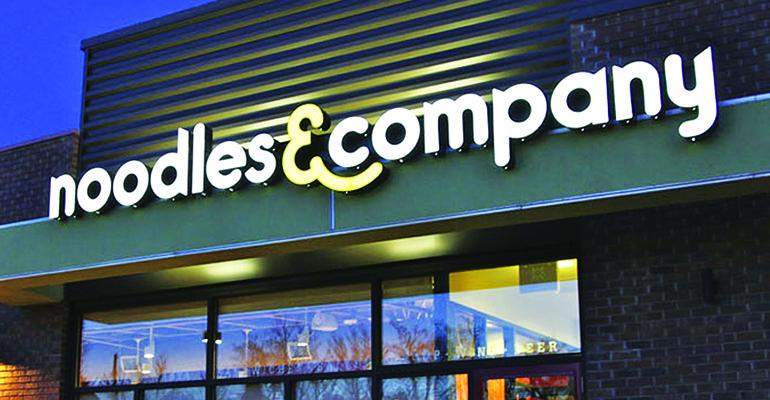 Interim CFO Susan Daggett is leaving to become the CFO of Qdoba Mexican Eats, the company said. Her last day at Noodles & Company is May 18.

In a regulatory filing, Noodles & Company said it is continuing its search for a permanent CFO. Daggett was tapped in the summer to be interim CFO after then-CFO Dave Boennighausen became CEO of the company.

"Our search for a permanent CFO is in its final stages, and we hope to make a decision soon. In the meantime, functions that have reported to Sue will now report to CEO Dave Boennighausen," Noodles & Company told Nation's Restaurant News in a statement.

Qdoba, which has 700 restaurants in the U.S. and Canada, generated systemwide sales of more than $820 million in fiscal 2017.