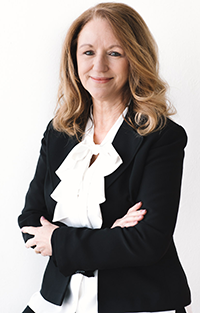 As COO, Robison, left, will focus on building on-premise and off-premise sales, and to continue the brand’s people-first employment philosophy.

Before joining the 30-unit Modern Market Eatery in 2014, Robison served as vice president of Bob Evans Restaurants, director of operations services at Red Robin Gourmet Burgers, and regional director at Brinker International where she won a Women’s Foodservice Forum Leadership Award. She has 16 years of restaurant experience under her belt.

Robison’s promotion is indicative of Modern Market Eatery’s gender-equity approach to the formation and promotion of their leadership team, which is comprised of 49% women, including Susan McColgan, director of accounting; Beth Hardy, chief storyteller; and Erinn McCully, director of catering.

“I’m compelled as a female leader to celebrate gender equality and pay equity at Modern Market Eatery, while being honest that the journey is still unfolding,” Robison said in a press statement. “We are committed to eliminating the obstacles that may stand in the way for women leaders to take on greater roles at Modern Market.”